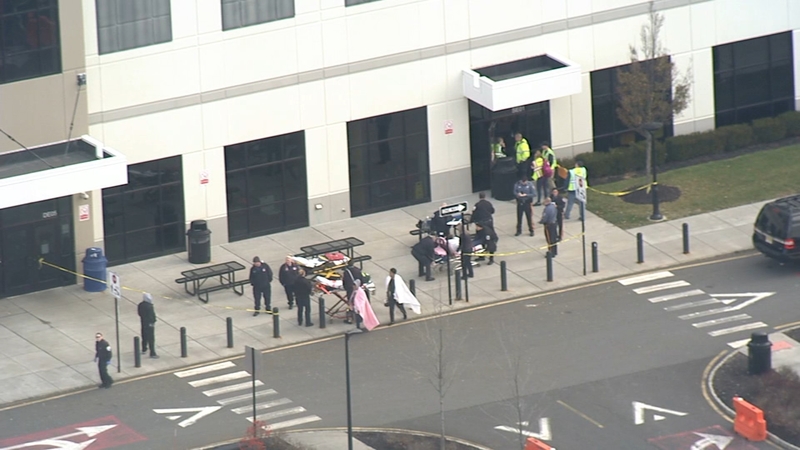 ROBBINSVILLE, N.J. -- Authorities say 24 workers at an Amazon fulfillment center in Mercer County, New Jersey have been taken hospitals for treatment after a robot punctured a bear repellent can and released fumes.

One person is reportedly in critical condition.

About 30 other workers were treated at the warehouse in Robbinsville on Wednesday morning. Most people were reporting difficulty breathing or burning in their throats.

Robbinsville spokesman John Nalbone said an automated machine accidentally punctured the 9-ounce bear repellent can, releasing concentrated Capsaican on the third floor of the south wing of the fulfillment center.

Amazon confirmed that the accident dispersed strong fumes in the area of the facility. The incident is under investigation.

The warehouse has been given the all clear but workers are not expected to return to the affected area until between 4 p.m. and 5 p.m.

Rachael Lighty, Regional Manager, External Communications for Amazon Operations, released the following statement:
"Today at our Robbinsville fulfillment center, a damaged aerosol can dispensed strong fumes in a contained area of the facility. The safety of our employees is our top priority, and as such, all employees in that area were relocated to safe place. Employees experiencing symptoms are being treated onsite. As a precaution, some employees have been transported to local hospitals for evaluation and treatment. We appreciate the swift response of our local responders."