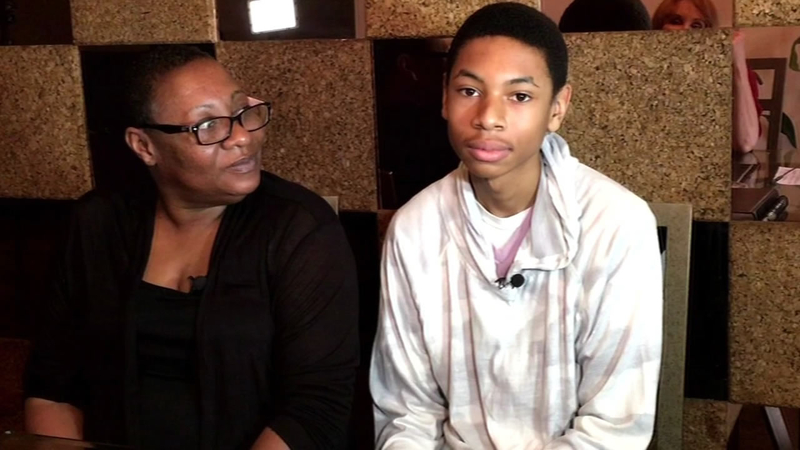 SAN FRANCISCO (KGO) -- A new law is going into effect starting this year that acknowledges a learning disorder called dyslexia in the education code. This will help children get access to special education and related services.

A medical expert told ABC7 News this is important because one in five children suffers from this reading disorder. It can devastate their entire lives if the children don't get the resources they need to learn to read.

A young East Bay teenager was in that situation for most of his life, while his mother fought hard to get him help. "When I was in school reading, I knew it was, like, difficult," Durrell said.

Durrell struggled to learn to read, but he's worked hard and is excited about graduating from high school. He's an artist and is creating his own comic book. He wants to be an engineer and maybe own a video game company after college.

It's been a difficult journey to get this far. Durrell learns differently than some children. His mother, Donna, noticed this when Durrell was in second grade. He was placed in special education classes. She kept fighting to find out why he had trouble learning.

Durrell moved forward through school and into high school without being able to read above a third grade level, despite his intelligence and very hard work. "So, the whole ninth, tenth year, this boy is getting 3.8, 3.5, but he can't read," Donna said.

Donna learned from that doctor about an agency called Dredf that helps families like hers. Dredf stands for the Disability Rights Education and Defense Fund.

Eventually, Dredf referred the case out for legal action. The case was resolved outside of court, and while the end result is confidential, Donna says Durrell is finally getting the help he's always needed. "Most parents who come to me do it after years and years of begging for help, just like Donna Campbell," lawyer Deborah Jacobson said.

"Generally speaking, how any sort of action against a school district can help these students is by gaining services; something called compensatory education to compensate for services that should have been provided that were not provided," Jacobson said.

Durrell goes to tutoring classes early in the morning and after school. He also turns in extra work to make up for low test scores. He volunteers at a charity and is working hard to be a success and a good role model for others like him. "My advice is never give up and always fight for what you believe in because you can do anything if you set your mind to it," Durrell said.