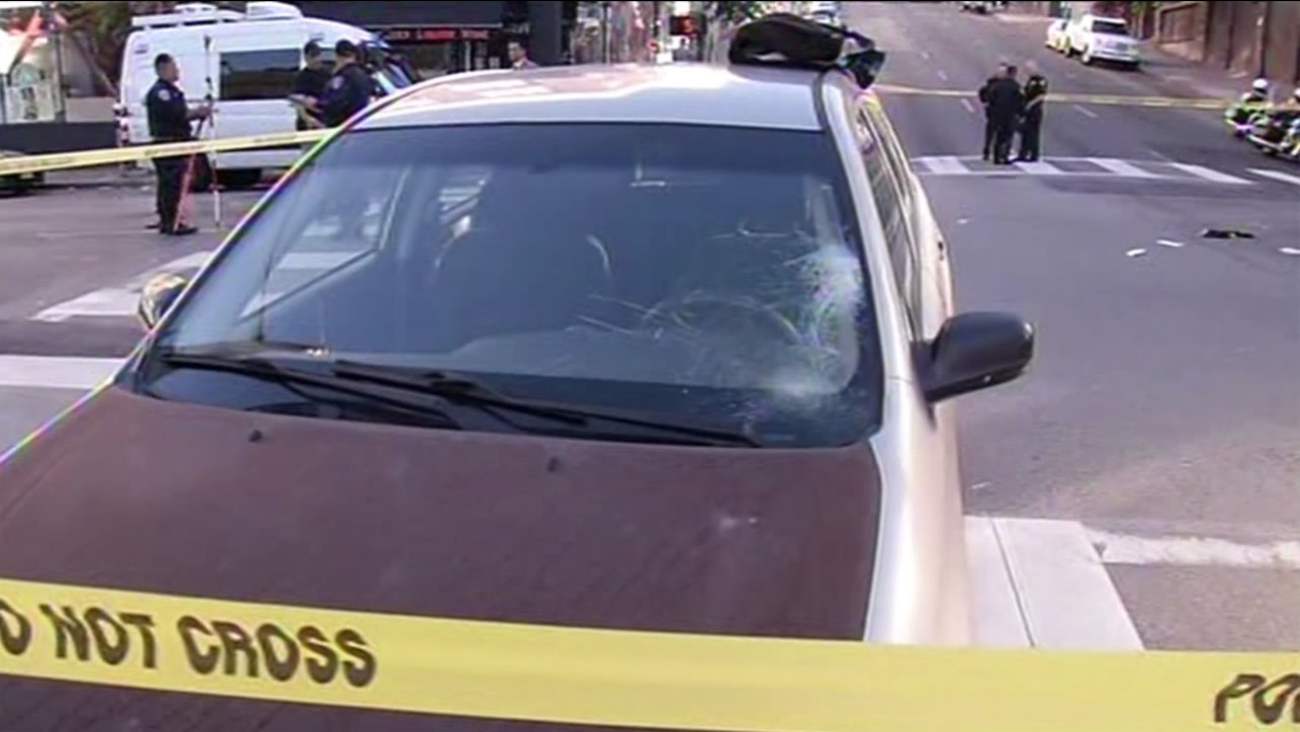 A jogger suffered life-threatening injuries when he was hit by this car in San Francisco on Tuesday, November 3, 2015. (KGO-TV)

SAN FRANCISCO -- A jogger suffered life-threatening injuries when he was hit by a car in San Francisco Tuesday morning, a police spokesman said.

The jogger was hit in the area of Post and Hyde streets at 5:36 a.m., police spokesman Officer Albie Esparza said.