Police say two 12-year-old boys are in critical condition after they were hit by a white Volkswagen SUV in San Francisco on Wednesday, November 4, 2015. (KGO-TV)

The woman accused of hitting two middle school boys in San Francisco Wednesday while allegedly driving under the influence has been charged with four felonies.

Kirsten Andereck, 30, was accused of driving with a blood alcohol level of nearly twice the legal limit when her Volkswagen SUV slammed into two 12-year-old boys who were in the crosswalk at Bay and Bucannan streets.

A man in a yellow vest with lighted glow sticks and escorted pedestrians across the street Bay and Buchanan streets Thursday morning.

John Lowell says this issue is personal to him because he was hit by a car 14 years ago. Neighbors say there's a serious safety issue for people crossing the street here.

"I've asked people to slow down. This area is 25 miles per hour. Frequently I see people driving at least 40 miles an hour. They're trying to get to work, I understand that, but at the same time, they need to understand we like to walk around our city," said San Francisco resident Robert Kolbe. 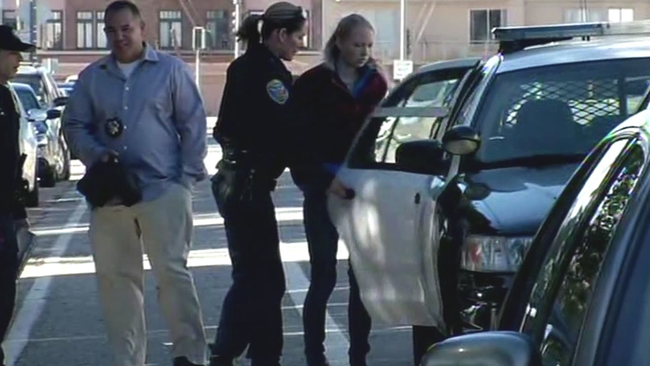