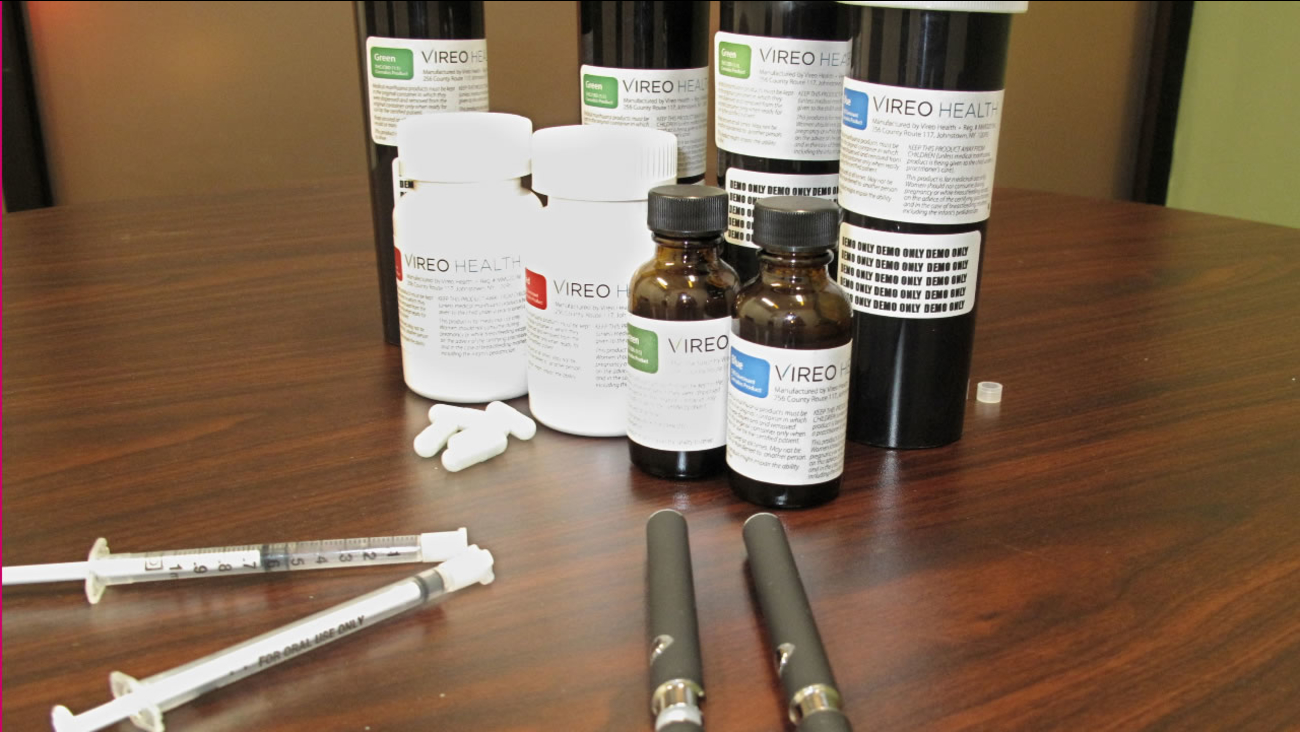 In this photo taken Tuesday, Jan. 5, 2016, packaging for medical marijuana is displayed at Vireo Health of New York, a dispensary in White Plains, N.Y. (AP)

So far, it hasn't turned out that way.

Facing what appears to be a rapidly closing window for action, dozens of cities and counties from across California are racing to enact new bans on marijuana-growing. Some apply only to commercial cultivation, both indoor and outdoor, but many would also prohibit personal pot gardens that have been legal - or at least overlooked - for 19 years.

"Any other industry that created four months of seasonal labor and hundreds of thousands of jobs...we would be giving tax breaks to those businesses," medical marijuana dispensary owner Robert Jacob, a member of the Sebastopol City Council who has been fighting pot-growing bans proposed in Sonoma County.

At issue is a paragraph in the 70-page framework approved in the closing hours of the legislative session that would give the state alone authority to license growers in jurisdictions that do not have laws on the books by March 1 specifically authorizing or outlawing cultivation.

Lawmakers involved in crafting the package say the deadline ended up by mistake in the final compromise regulations. Assemblyman Jim Wood, a Democrat who represents California's prime pot-growing region, included it in earlier versions as a way to free local governments from a responsibility they might not want, spokeswoman Liz Snow said.

"It was a way to try to make it clearer in terms of, 'OK, local jurisdictions. If you want to act, you should be thinking about it, working on it now. Otherwise, we will all defer to the state,'" Snow said.

Even before Gov. Jerry Brown signed the regulations, which create the first statewide licensing and operating rules for California's sprawling medical marijuana industry, Wood announced he would introduce an emergency bill this month deleting the March 1 deadline.

The League of California Cities and the California Association of Police Chiefs, while supporting the fix, nonetheless have advised their members to enact cultivation bans ahead of the original cutoff date as a precaution to preserve local control.

The two groups fought hard last year for provisions stating that to be eligible for licenses the state expects to start issuing in about two years, anyone involved in the commercial medical marijuana trade must first obtain a local operating permit.

Tim Cromartie, a lobbyist with the League of California Cities, said the guidance to ban all medical marijuana growing outright stemmed from the conclusion that the short time frame did not give local officials enough time to draft, debate and refine their own cultivation rules.

"Most cities, their staff have no clue how to begin writing one of these ordinances. Their first thought is, 'Don't the feds prohibit this? How can we do this?'" Cromartie said. "We know of jurisdictions that didn't want to have to ban, but they did it under the point of a gun."

With new proposals being introduced and voted on almost daily, no one knows yet how many of California's 58 counties and 482 cities have taken the league's advice.

The California branch of the National Organization for the Repeal of Marijuana Laws, or NORML, which has been monitoring what it's termed "the banapalooza," said more than 160 jurisdictions either have passed or introduced legislation to outlaw only commercial cultivation or both commercial and personal growing.

The crackdown has been a source of frustration for veteran pot farmers who hoped the new state regulations would bring clarity to their gray corner of the medical marijuana industry and instead find themselves "recriminalized," said Hezekiah Allen, executive director of the newly formed California Growers Association.

Unless the local bans are lifted or modified, they would make medical marijuana growers in those areas automatically ineligible for the potentially lucrative and limited number of agriculture licenses the state expects to start issuing in 2018.

"Certainly we have been disappointed with the League of Cities, how they have chosen to proceed," Allen said. "A lot of the jurisdictions had a predisposition to ban, and the March 1 deadline unfortunately gave them cover to ban."