No threat found at San Francisco DNA Lounge after report of man with bomb, gun 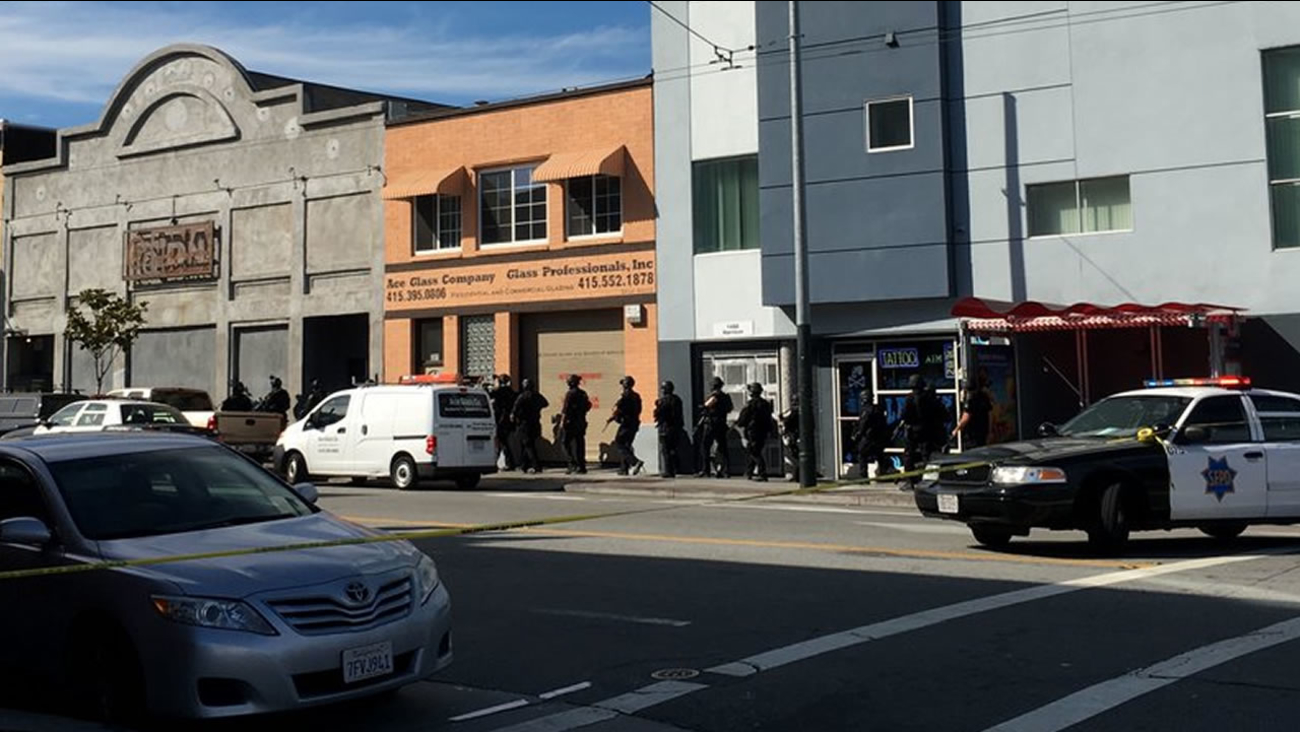 This image shows police outside of the DNA Lounge after a man called police and made a threat of he had a bomb and a gun on June 3, 2016 in San Francisco. (Photo to submitted to KGO-TV by @spirson/Twitter)

SAN FRANCISCO -- Police are reporting that no threat was found at a business in San Francisco's South of Market neighborhood.

Around 3:30 p.m., police received a call from a male, saying he was inside a building near 11th and Harrison streets, armed with a gun and a bomb, according to police spokesman Sgt. Michael Andraychak.

Upon arrival, officers located the building where the suspect was allegedly at and evacuated it. The building is reportedly at 375 11th Street, where the DNA Lounge nightclub is located.

Surrounding streets were closed and there was a heavy police presence in the area, including a bomb squad, police bomb dogs, a crisis hostage negotiation team and fire medical personnel, according to Andraychak.

The hostage negotiation team was currently trying to make contact with the suspect, Andraychak said.

As of 5:40 p.m., officers could be observed inside DNA Lounge via the venue's security cameras - which are publicly available as a live webcast at www.dnalounge.com.

Police gave the all clear at around 6:30 p.m. and said streets would reopen shortly.

Street Closure Around the Area of 11th St and Folsom St Due to Bomb Threat. AVOID AREA #SFPD