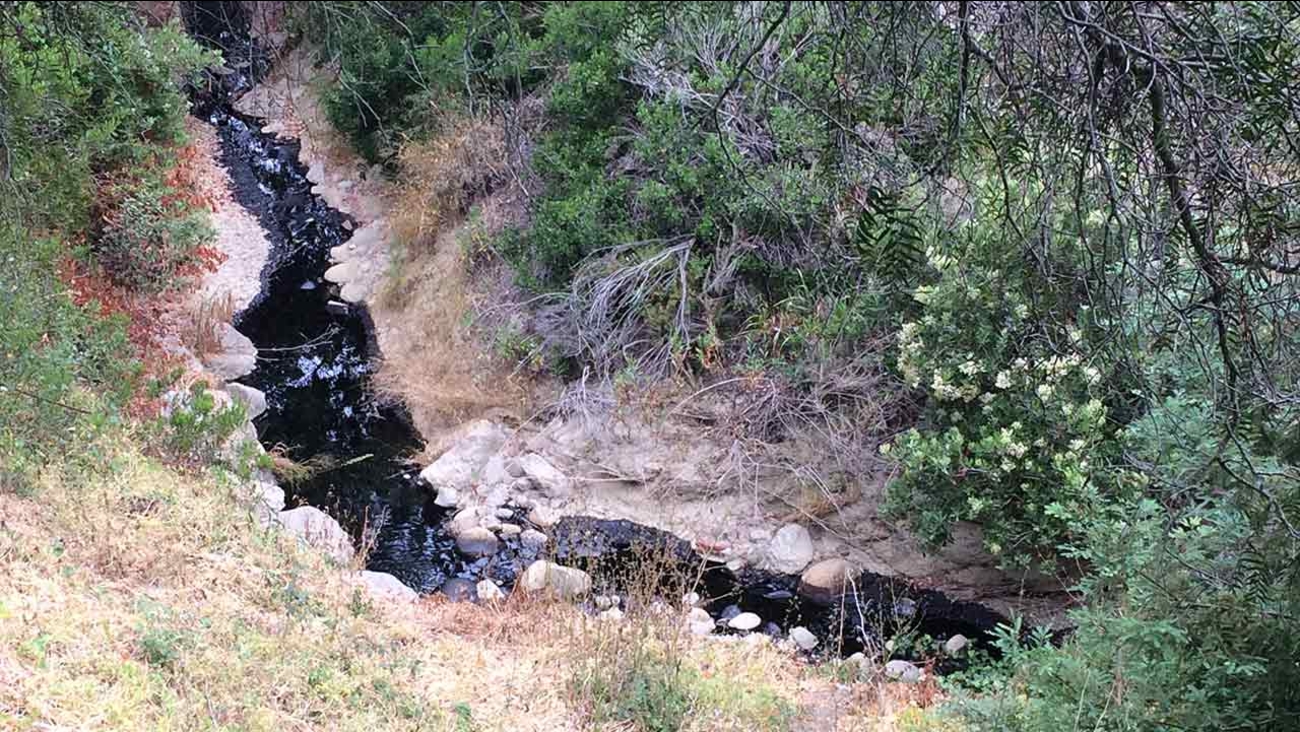 Crude oil is seen flowing in Ventura County after a pipeline burst on Thursday, June 23, 2016.

VENTURA, Calif. -- About 700 barrels of crude oil are in danger of spilling into the ocean after a pipeline burst in Ventura County, fire officials said.

The pipeline burst in the Hall Canyon area just north of Ventura, and oil has flowed about 1/2 a mile into a barranca, according to Ventura County fire officials.

A nearby pump house was shut down to try and stop the flow from going into the ocean.

The spill comes 13 months after a coastal pipeline about 55 miles to the west in Santa Barbara County leaked more than 120,000 gallons of oil, some of which flowed into the ocean and created a slick that killed birds and sea lions.

That pipeline, owned by Plains All American Pipeline, was found to have been corroded.

Officials first reported up to 5,000 barrels of oil were at risk of reaching the ocean but later adjusted the number to 700.