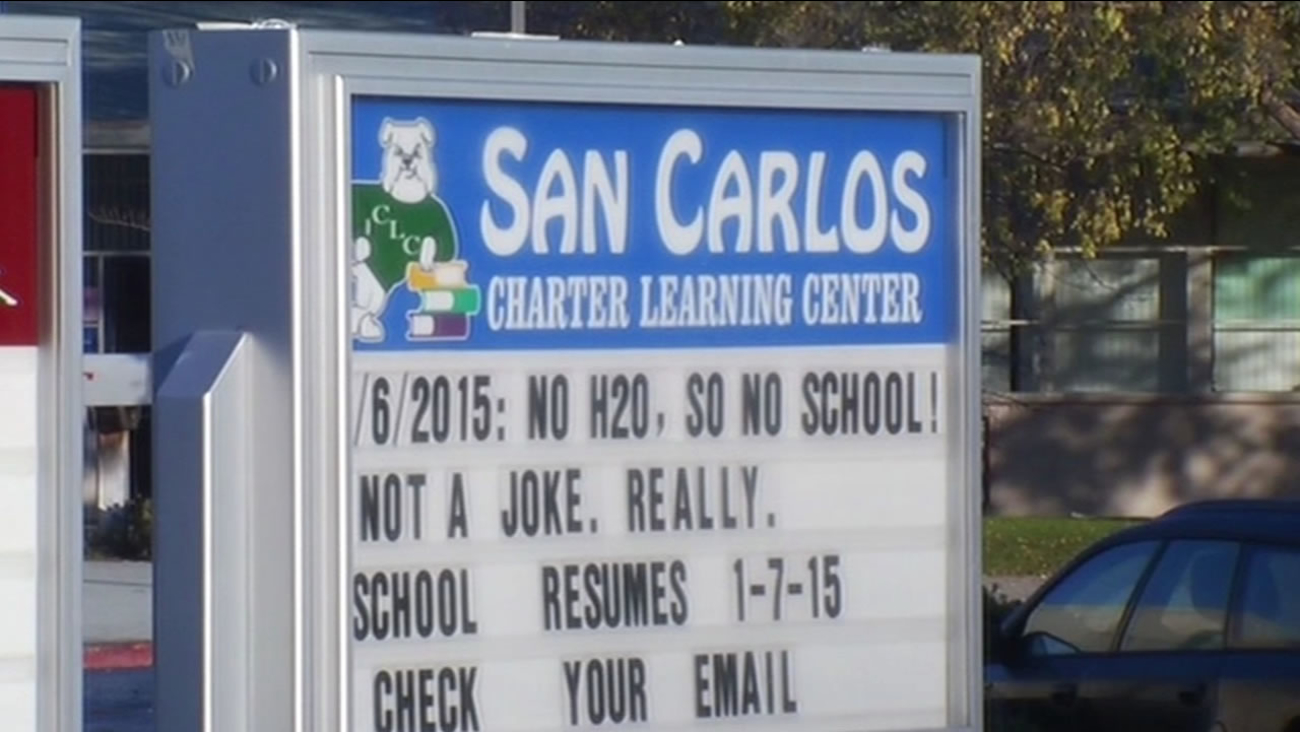 A water main break forced the closure of four schools on the peninsula Tuesday.

SAN CARLOS, Calif. -- A water main burst on a campus shared by three San Carlos schools Monday night, sending a plume of water 40 feet in the air and forcing the closure of the three schools this morning, a school principal said.

Staff at the school noticed the broken water main on the schools' campus at 750 Dartmouth Ave. between 10:30 and 11 p.m.

Tierra Linda principal John Nazar said a 6-inch hole broke in the line, sending the water spurting into the air and flooding the school's parking lot.

A custodian working that night managed to sandbag classrooms to prevent the water from spreading inside and it appears there was no damage to the buildings, Nazar said.

But it took a few hours to shut off the gushing water and the schools were left without water service today. Without working restrooms or the capacity to deal with a fire, Nazar said school officials decided to keep the school closed for today.

Carlmont High School, which is across the street in Belmont, was also forced to close because the water main supplies that campus as well.