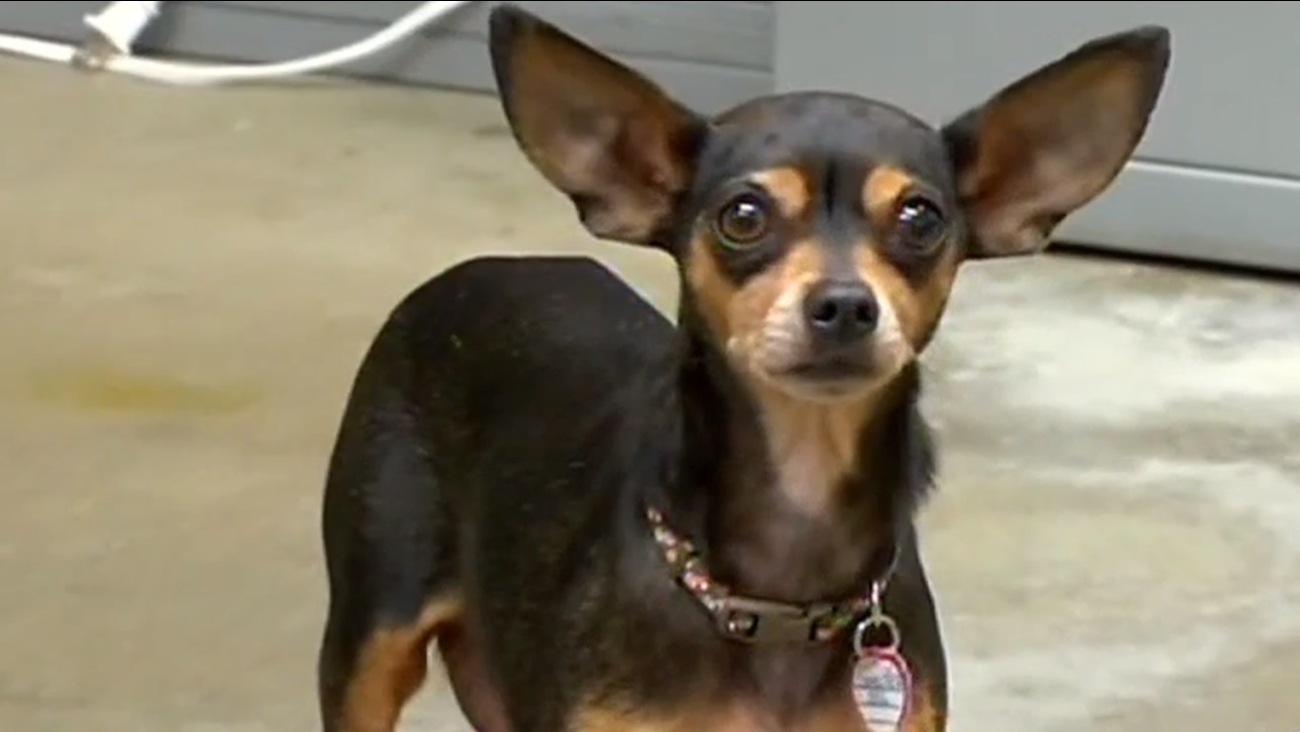 Authorities say a puppy died and its mother survived after they were placed into a sandbag and thrown out of a vehicle in Watsonville, Calif. on Feb. 20, 2015.

WATSONVILLE, Calif. -- Advocates have offered a $25,000 reward for information leading to the arrest of the parties responsible for throwing a small dog and her puppy from a moving vehicle, killing the puppy, back in February.

The reward had been set at $6,000 on Friday, but that number has nearly quadrupled with a recent contribution from an anonymous donor, the Center for Animal Protection and Education announced today.

Pet Food Express contributed $5,000, and two anonymous contributors have put up an additional $1,000 and $19,000 in hopes of finding the person or people responsible.

Around 5 p.m. on Feb. 20, Santa Cruz County Animal Control officers responded to a report of an abandoned dog and puppy at a dumping ground on Minto Road in unincorporated Watsonville. Two dogs, a 6-year-old Chihuahua mix and her very young puppy, had been sealed in separate sandbags and thrown from a vehicle, according to Officer Todd Stosuy.

Authorities say a puppy died and its mother survived after they were placed into a sandbag and thrown out of a vehicle in Watsonville, Calif. on Feb. 20, 2015.

The puppy died as a result of head trauma from the impact of hitting the ground, and had been deceased for approximately four or five hours when investigating officers arrived on scene. The puppy was later determined to be 4 to 6 weeks old, according to the veterinarian who conducted the necropsy.

The mother, who was later named Beverly by staff members at the Santa Cruz County Animal Shelter, chewed her way through her bag and pulled the dead puppy out. While attempting to revive the puppy, Beverly bit its tongue off, according to the veterinarian.

She was allowed to be present during the necropsy, and would periodically walk over to lick the puppy before going back to the veterinarian, Stosuy said.

Beverly is currently in foster care with the Center for Animal Protection and Education. She recently underwent a cardiac ultrasound after the discovery of a severe heart murmur, and was spayed late last week, according to CAPE.

"We're going to wait until she's fully recovered, and then we'll put her up for adoption," Novic said. "And we'll educate whoever adopts her about the heart murmur."