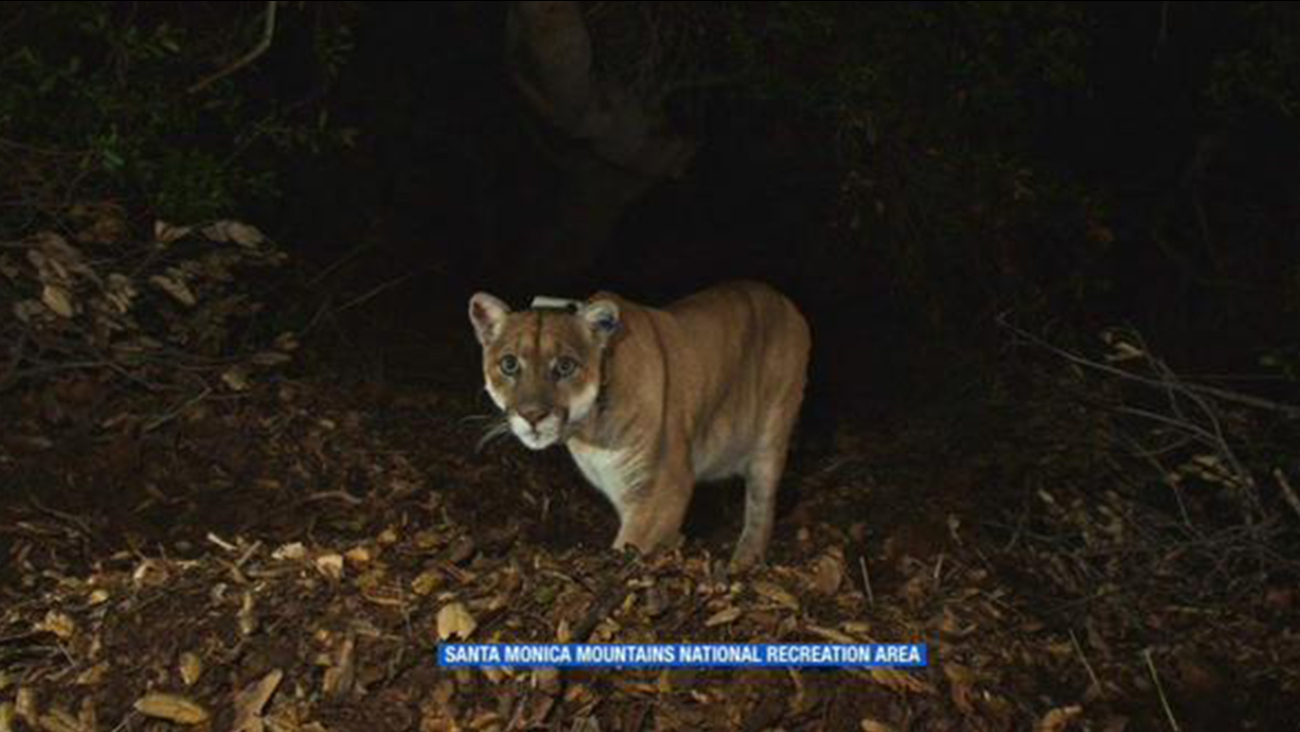 A mountain lion, known as P-22, is shown in this undated file photo.

LOS ANGELES -- A mountain lion, known as P-22, was trapped in the crawl space of a Los Feliz home on Monday. A rescue was underway.

Los Angeles firefighters were assisting California Department of Fish and Wildlife and Los Angeles Animal Control in the rescue effort in the 2700 block of Glendower Avenue, located in the hillsides near Griffith Park.

The homeowner told Eyewitness News that the cougar was found by crews working on the home. One crew member ran toward the house, white in the face and screamed that a mountain lion was under her home, she said.

Fish and wildlife officials were not planning to tranquilize the lion, but were waiting to nudge it out after dark.

P-22 is known to live in Griffith Park. He is believed to be the first mountain lion to leave the Santa Monica Mountains and cross over the 405 Freeway.