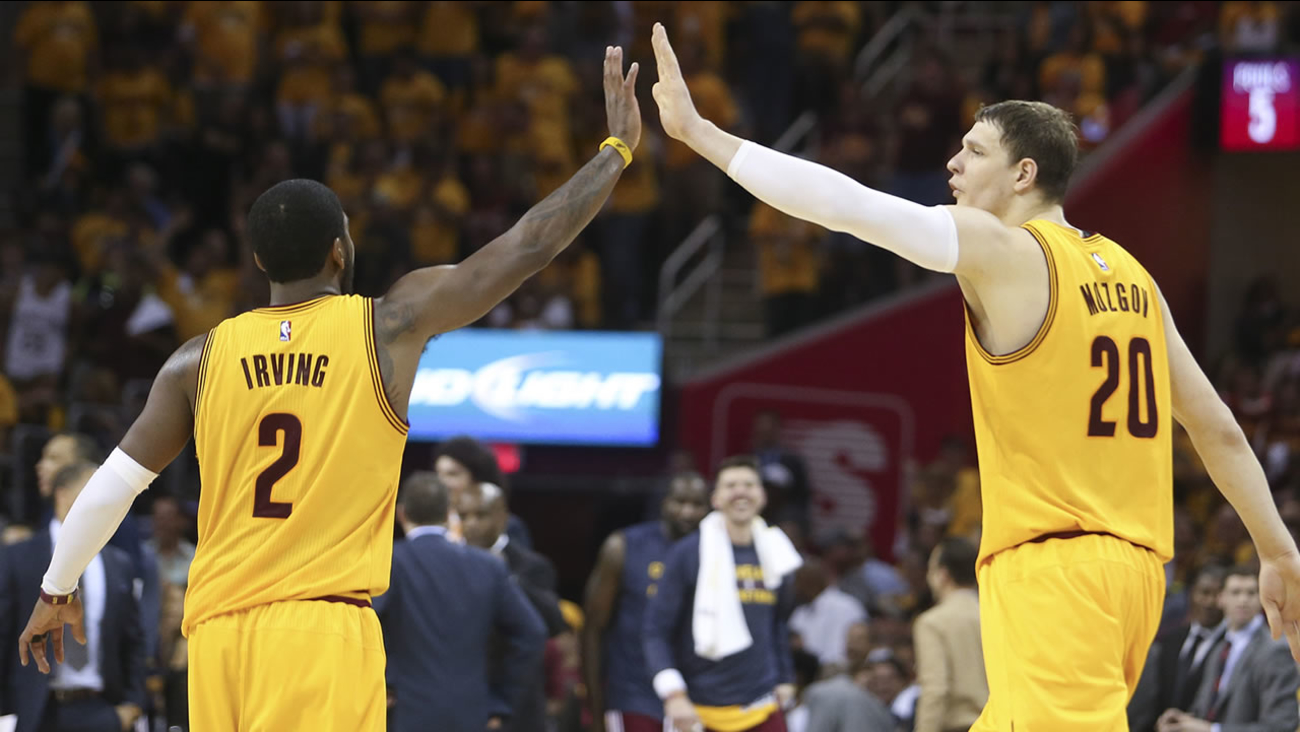 Cleveland Cavaliers center Timofey Mozgov (20) and guard Kyrie Irving (2) high five each other in Game 4 against the Atlanta Hawks, May 26, 2015, in Cleveland. (AP/Ron Schwane)

CLEVELAND -- LeBron James scored 23 points, Kyrie Irving returned after missing two games and the Cleveland Cavaliers reserved a spot in the NBA Finals with a 118-88 victory over the Atlanta Hawks on Tuesday night to win the Eastern Conference title.

By sweeping the top-seeded Hawks, the Cavs earned their second trip to the finals, where they will face either Golden State or Houston.

It will be the fifth straight visit to the league's showcase event for the inimitable James, who returned to Cleveland after four years in Miami to try and end this city's championship drought dating to 1964.