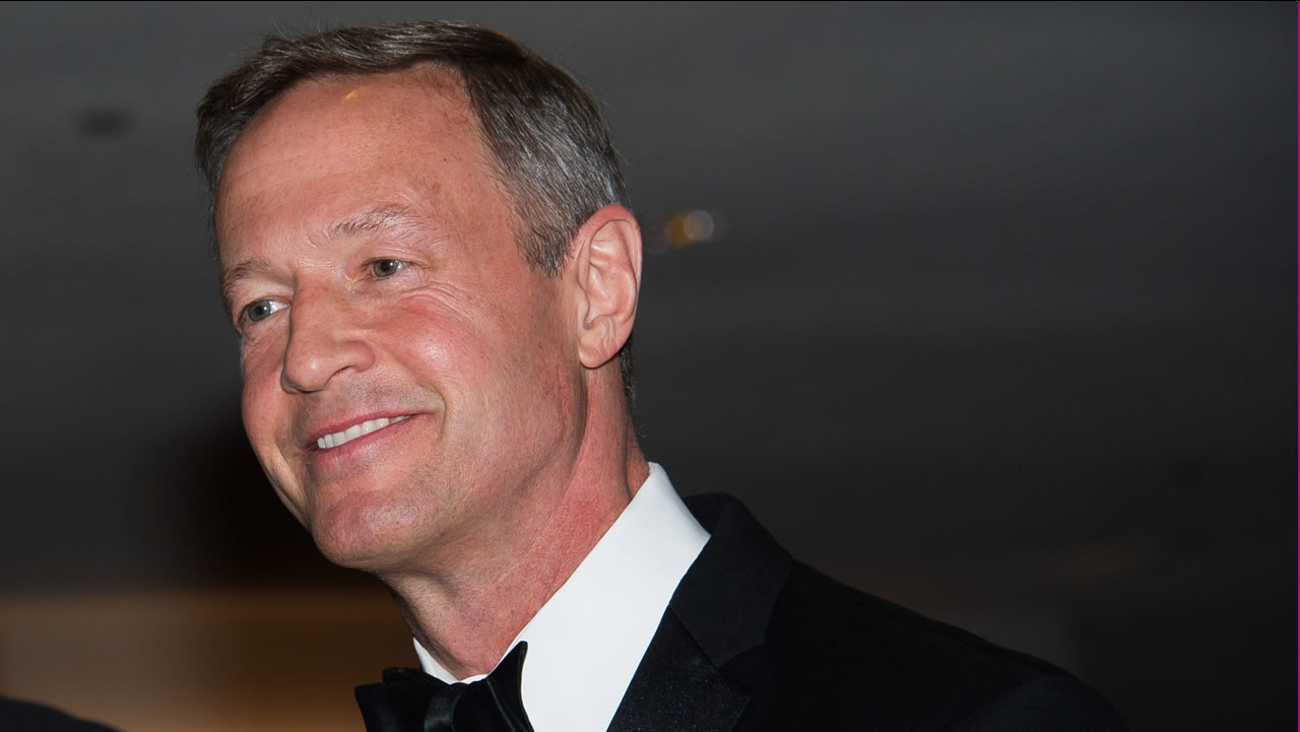 BALTIMORE -- Former Maryland Gov. Martin O'Malley announced his candidacy Saturday for the 2016 Democratic nomination for president. Here's a look at where he stands on some issues:

O'Malley has cited income inequality and wage stagnation as major economic problems and sought to connect with progressives on the Democratic Party' left who want to break up Wall Street banks and impose stricter regulations on the financial sector. In 2014, he signed an increase in the state's minimum wage to $10.10 an hour by 2018. He supports expanding Social Security benefits and allowing college graduates to refinance their loans at lower interest rates. O'Malley raised taxes on multiple occasions as governor - on higher earners, sales of goods, vehicle titles, gasoline, cigarettes, sewer services, alcohol and more. Critics called him Owe'Malley.

O'Malley has opposed the 12-nation Trans-Pacific Partnership backed by President Barack Obama, saying it would ship jobs overseas and depress wages. He had a more nuanced position on trade as governor of Maryland, which relies on the Port of Baltimore as an economic generator. O'Malley opposed the Central American Free Trade Agreement in 2006, saying it would lead to outsourcing, but he backed the 2011 deal with South Korea and noted at the time that it had support from the United Auto Workers.

O'Malley has sought to differentiate himself from Hillary Rodham Clinton by noting his opposition to White House plans to return young Central American children and families who crossed the U.S.-Mexico border last summer. He said they would face "certain death." Clinton said at the time that the children should be sent back and the U.S. should not encourage the treacherous journeys. As governor, O'Malley signed a bill allowing young immigrants living in the U.S. illegally to pay in-state college tuition and to obtain driver's licenses if they meet certain requirements, including having filed tax returns for the past two years. O'Malley backs a comprehensive immigration overhaul that would bring an estimated 11 million people living in the country illegally "out of the shadows."

O'Malley signed a bill legalizing marriage between same-sex couples in 2012, and it took effect in 2013 after voters approved a statewide referendum. He has called gay marriage a human right, not a state right. He supported civil unions during his first campaign for governor in 2006 because he said it was in line with public consensus at the time. He supports abortion rights and frequently cites the Democratic line - coined by former President Bill Clinton - that the procedure should be "safe, legal and rare."

O'Malley led the push to ban the death penalty as governor and recently called it "ineffective" following the jury's death penalty verdict in the Boston Marathon bombing case. O'Malley signed sweeping gun control restrictions in 2014 requiring anyone who buys a handgun to submit fingerprints to obtain a license. The law also banned 45 types of assault weapons, but those who owned the weapons before the law went into effect were able to keep them. Violent crime fell while he served as governor, but his tough-on-crime policies as Baltimore's mayor have come under scrutiny since riots broke out in the aftermath of the police custody death of Freddie Gray.