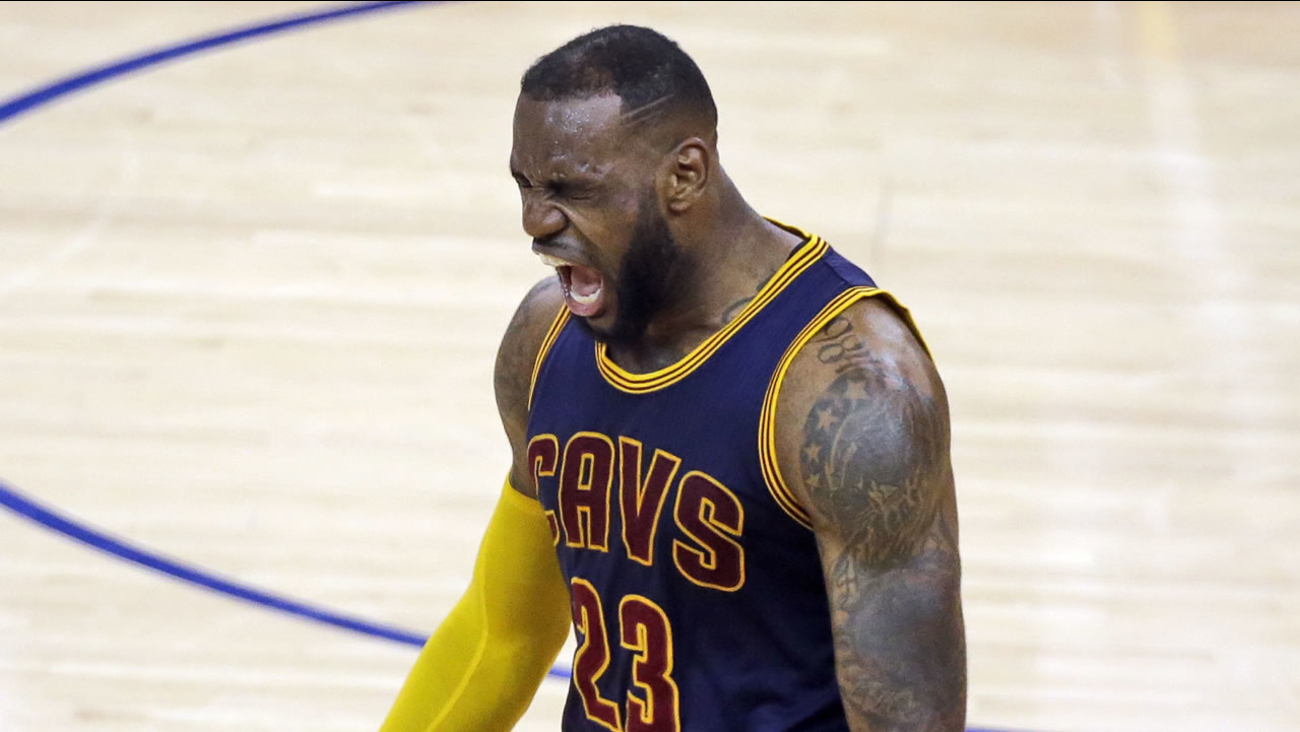 Cavaliers forward LeBron James celebrates at the end of the overtime period of Game 2 of the NBA Finals against the Golden State Warriors in Oakland, Calif., June 7, 2015. (AP Photo/Eric Risberg)

CLEVELAND (KGO) -- The biggest hurdle for the Golden State Warriors in the NBA Finals is LeBron James. The Cavs star has regained his popularity in Cleveland, despite having left for Miami five years ago.

He may be a hometown hero now, but jerseys burned and vitriol was directed at James after the native son abandoned his home state in 2010.

Just a few years ago, they were burning his shirts in Cleveland. Now they love him? Not everyone. ABC7 at 4.#Dubson7. pic.twitter.com/x2fKLjBQDu

"It hurt, it was hurtful," said Cavs fan Wade Pryoro. "You know, we've overcome from it. But it hurt, it hurt us."

Now, even though James' giant image adorns the entire side of a building in Cleveland, there are some who haven't forgotten and won't forgive.

"I do think he is the best player in the world, but I'm not really a huge fan of his," said one fan.

Cleveland resident D.J. Aguisiobo added, "Him moving to Miami, him moving to the Heat, it was looking out for number one, which was always himself and not his city and not his team."

But now that King James is back leading this team and this city to the NBA Finals, most in Cleveland seem more than willing to just move on.

"The common person was not disappointed in LeBron James for leaving," said a fan named Vern. "They were disappointed because he was no longer here, but they understood his reason for leaving."

Fellow fan Leigh Drizk added, "I attribute it to something he said. It was that when he went to Miami that was like going to college. He grew up a lot, came home, and made it right with Cleveland."

They not only forgave him, but are embracing him with both arms.

Warriors fans, however, hope he won't have such a big game on Wednesday night.