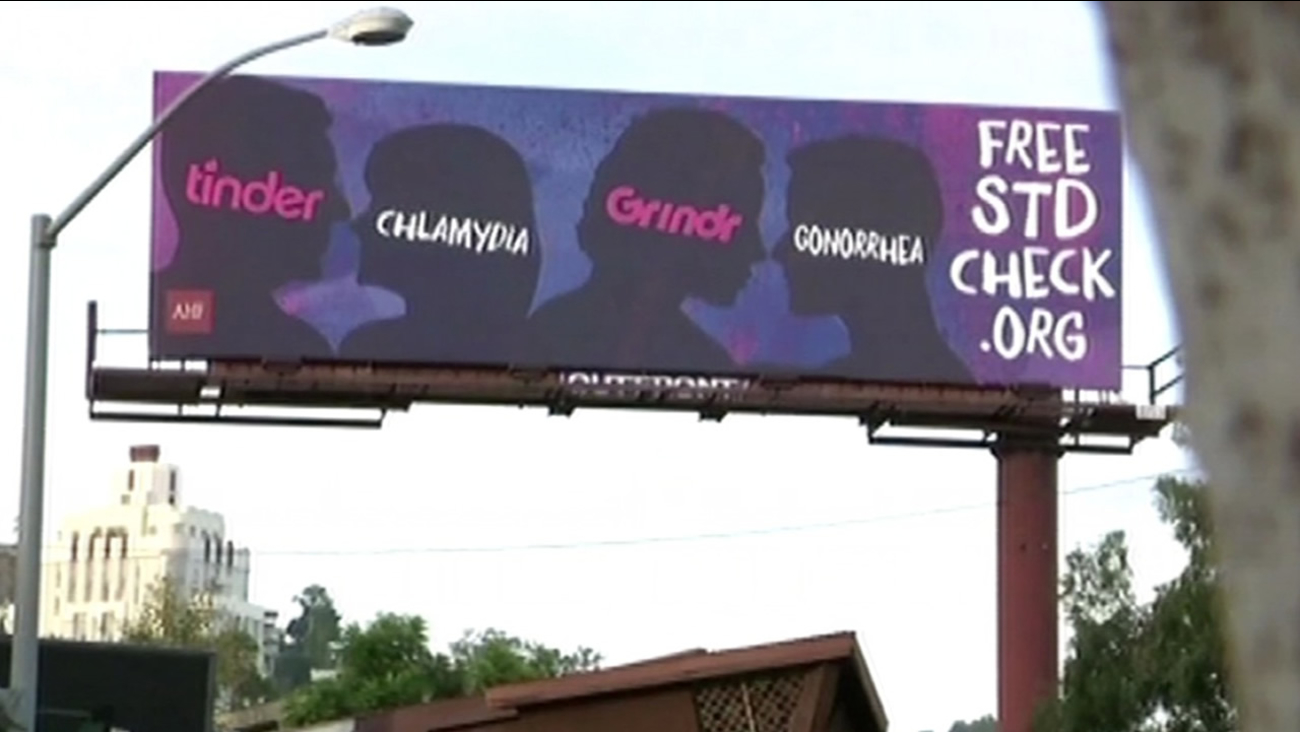 The "hookup" apps found on the billboards include Tinder and Grindr, linking them to STDs.

One billboard was placed near Tinder's West Hollywood office, and people from the company are not happy.

The president of AHF said the organization is just adapting to the fact that people no longer meet in bars for casual sex, instead, he said, they meet through the apps. "We've seen an uptick in the amount of HIV and STDs as a result of these apps and so, we're not judging it and we're not condemning it," said AHF President Michael Weinstein. "We're just saying, you know, use it responsibly, and if you are having hookups with a lot of people, then it's a good idea to get tested for STDs."

Tinder sent a cease and desist letter demanding the billboards be taken down. It reads in part: "These unprovoked and wholly unsubstantiated accusations are made to irreparably damage Tinder's reputation in an attempt to encourage others to take an HIV test offered by your organization."
Related topics:
los angelessexhealthdistractiontinderbuzzworthyaidsapps
Copyright © 2021 KABC-TV. All Rights Reserved.
More Videos
From CNN Newsource affiliates
TOP STORIES