A fire damaged the Marina Supermarket on Doolittle Drive on Monday, August 10, 2015. (KGO-TV)

Along with Alameda County firefighters, San Leandro police and the federal Bureau of Alcohol, Tobacco, Firearms and Explosives worked to determine the cause of the blaze.
Related topics:
san leandrobuilding firecrimefirefirefightersinvestigationpolicearsoninvestigationsarson investigation
Copyright 2021 by Bay City News, Inc. Republication, re-transmission or reuse without the express written consent of Bay City News, Inc. Is prohibited.
RELATED 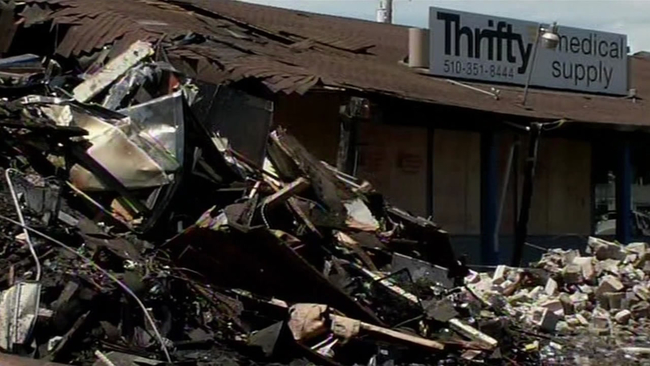