KGO
DANVILLE, Calif. (KGO) -- Husband and wife Farhan Jalil and Amna Farhan, Danville residents, started their day with horrible news - a suicide bombing in Lahore, where both of them lived before moving to the U.S.

"Everything about this attack blows up your mind. Like why would somebody do that?" Farhan asked.

The bomb was detonated within several feet of a swing set.

At least 69 people were killed and 300 more injured, many of them women and children.

RELATED: Death toll rises to over 60 in Taliban suicide bombing in Pakistan

Fortunately, no one they knew were among the casualties, but they worry about the emotional toll the escalating violence is taking on their friends and family.

"Every time you hear about this that happens, you think about their kids and the environment, the stress that they have now been brought up into," Farhan said.

This was the third bombing in Pakistan in this month lone. This time, a splinter factor of the Pakistani Taliban is claiming responsibility, saying that Christians were the target.

Jalil and Farhan have been doing what they can to help the situation in their homeland, despite living half a world away.

They help raise money for schools, hoping that access to more education will stop the spread of extremism.

"So just to raise awareness and education. As you get people educated, hopefully it will open their minds," Jalil said.

The chief minister in Punjab has ordered three days of mourning. The U.S. condemns the attack, the State Department saying, in part, attacks like these "only deepen our shared resolve to defeat terrorism around the world."
Related topics:
bombingpakistanattacktalibanterrorismu.s. & world
Copyright © 2021 KGO-TV. All Rights Reserved.
RELATED 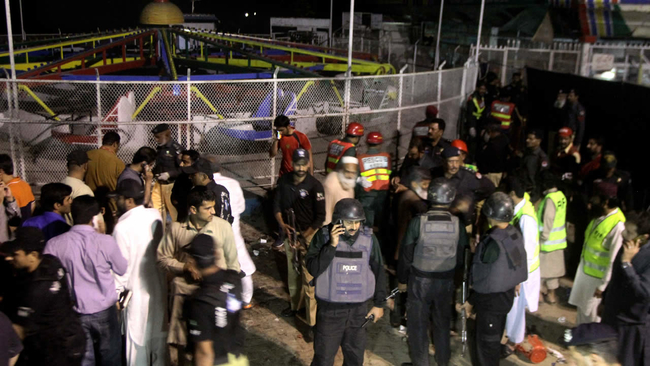