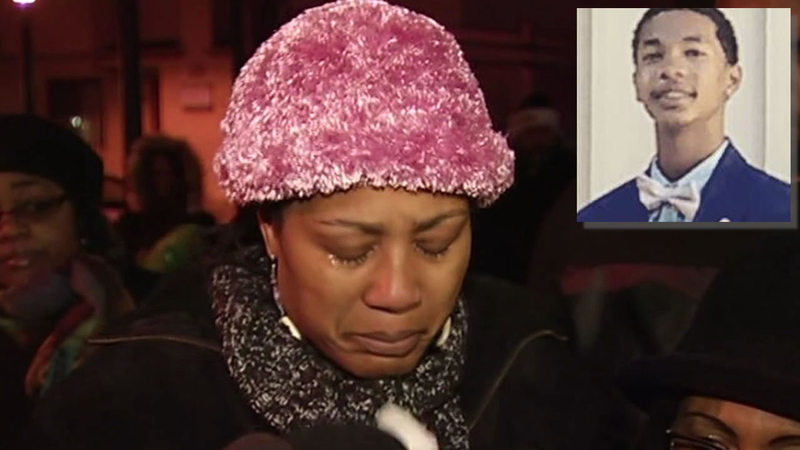 At the vigil she said, "My baby, like so many other babies, has lost his life needlessly."

Gibson McElhaney has made the fight against gun violence one of her priorities while in office. Recently, she attended a vigil for Oakland muralist Antonio Ramos, who was shot and killed while working at a highway underpass. Now, her battle is personal.

Torian was gunned down during a robbery along West Oakland's Mandela Parkway.

On her Facebook page, Gibson McElhaney shares pictures and writes, "May his soul rest in peace, his family find comfort, his community and nation rally to end senseless gun violence."

At the vigil Gibson McElhaney said, "This is a complex grief when you lose a loved one and you lose them to what is a preventable disease in our community."

Christmas Eve is supposed to be a joyous time for families, but Gibson McElhaney and loved ones of Hughes held a candlelight vigil where he was shot.

"I think it's shameful we are watching our children die," senior Pastor Zachary Carey from True Vine Ministries said.

Carey said Hughes grew up in the church. He said, "It's a great loss to not only our church, but to the West Oakland community, but to society as a whole to see a 17 year old lose his life over nothing."

Carey founded SAVE Oakland, a community group that rallies against violence.

Oakland Mayor Libby Schaaf calls his death an unacceptable tragedy. She said, "Every loss of life from violence in Oakland is the most painful thing that as mayor I experience and it's particularly hard when it's someone that you know."

Police have not made an arrest.