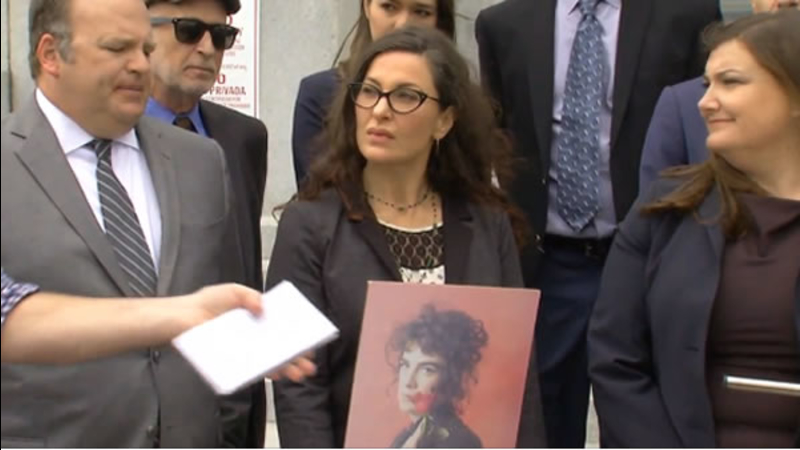 OAKLAND, Calif. (KGO) -- Attorneys representing the families of people who died in Oakland's Ghost Ship warehouse fire that broke out during an unlicensed concert plan to file a lawsuit Tuesday against the building's owner and manager.

PG&E is now the latest defendant in the lawsuit filed by 18 families who lost loved ones in the Ghost Ship fire last December.

"For their negligence in providing power to this building, for their failure to make it safe... their failure to maintain, investigate... and to protect the people who lived and visited at this facility," said the attorney for the victims' families Mary Alexander.

PG&E is included in the new master lawsuit filed againstChor Ing, the owner of the building, as well as the Ghost Ship manager Dereck Almena, among others.

The suit alleges PG&E crews installed smart meters in the building and should have noticed the dangerous conditions including a maze of extension chords that investigators believe caused the fire.

Attorneys representing the families of people who died in Oakland's Ghost Ship warehouse fire that broke out during an unlicensed concert plan to file a lawsuit Tuesday against the building's owner and manager.

In a written response, a PG&E spokesperson told ABC7 News: We've reviewed our records and over the last 10-plus years, we have no reports of electric theft or any other anomalies from this location or the adjacent premises. We're fully cooperating with authorities as they investigate this tragic event.

"We are all beyond heartbroken," said Lisa Askew who lost her only child, 22-year-old Cash Askew in the fire. "Kids want to be able to express themselves, and play their music and learn and grow. We need those spaces, but people shouldn't have to die for them."

The City of Oakland and Alameda County are not named in the lawsuit but the plaintiff's attorneys plan to add them once the civil claims process runs its course.