Fire crews in Fremont get brush fire under control 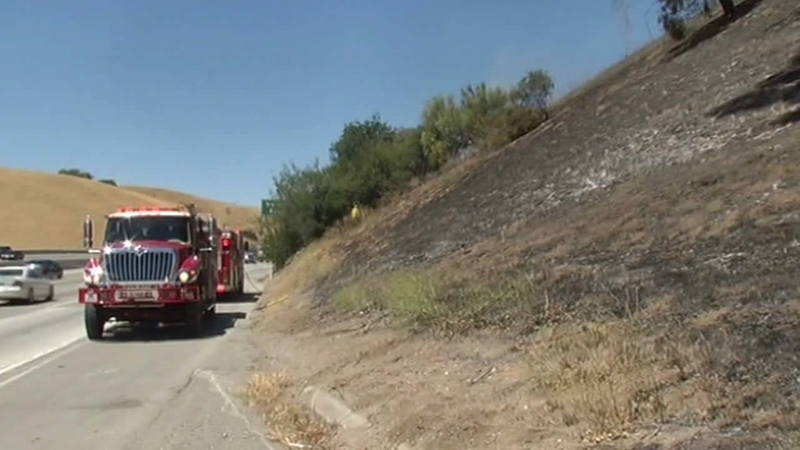 Fire crews in Fremont get brush fire under control

FREMONT, Calif. (KGO) -- In the East Bay crews are ready to put out any fires that pop up. Saturday afternoon in Fremont, a fire crew quickly responded to a pair of small brush fires along I-680.

The bigger of the two fires started to burn up the hillside and was headed towards an Alameda water treatment facility.

Several motorists called 911 to report the fire just off I-680.

Crews from Fremont fire and CAL FIRE responded. The incident commander said it happened in an area that is prone to grass fires. So they launched a response that included plenty of firefighters to make sure they quickly got a handle on it.

The smaller, separate fire was closer to the freeway where there were several homes off of Mission Road.

"Today we were very fortunate because a CAL FIRE aircraft was already in the air heading to another incident, a report of smoke. So they arrived on scene at the same time as I did. They were here before the engines were here. They started dropping retardant and water from the helicopter, which aided in slowing the forward progress of the fire immensely," said Fremont Fire Batt. Chief Don Linneman.