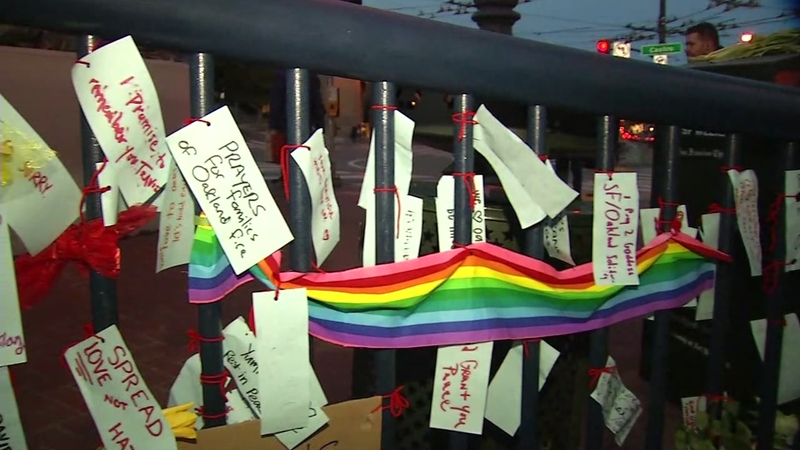 Heartbreak in LGBT community for lives lost in Oakland fire

OAKLAND, Calif. (KGO) -- The Oakland Ghost Ship warehouse fire has been described as heartbreaking for the LGBT community. There are at least three transgender people who are been confirmed dead.

Reverend Megan Rohrer is a pastor who is supporting families and friends of some of the transgender people who died in that fire. Last night, Rev. Rohrer led a vigil in San Francisco requested by the LGBT community. Immediately following the fire, she was called in by the city of Oakland to assist those in the transgender community.

"I really want to send love and support to all the people who are able to affirm their trans kids, and family members and co-workers," said Rev. Rohrer.


So far three have been confirmed, 22-year-old Cash Askew, a musician with the dream pop band "Them are us too" and Feral Pines, 29, whose brother told the Los Angeles Times she followed her path and was true to herself. The third transgender person identified was Em Bohlka whose partner, Natalie Jahanbani talked to ABC7 News on the phone.

""Em was just really grateful for everything that she was given and she made it clear because she gave everything back," said ",said Jahanbani

Rohrer wants everyone to know support is there.

"I want people to know that they can get support whether it's today or in four months when it feels safe enough and all of the cameras have turned off and they feel then can get help in the community," said Rohrer.