Man pinned under car in SF in critical condition SAN FRANCISCO (KGO) -- A man was taken to the hospital after he was pinned under a car in San Francisco at 24th Avenue and Geary Street.

The call came into police at 3:25 a.m. The accident happened in a gas station parking lot. 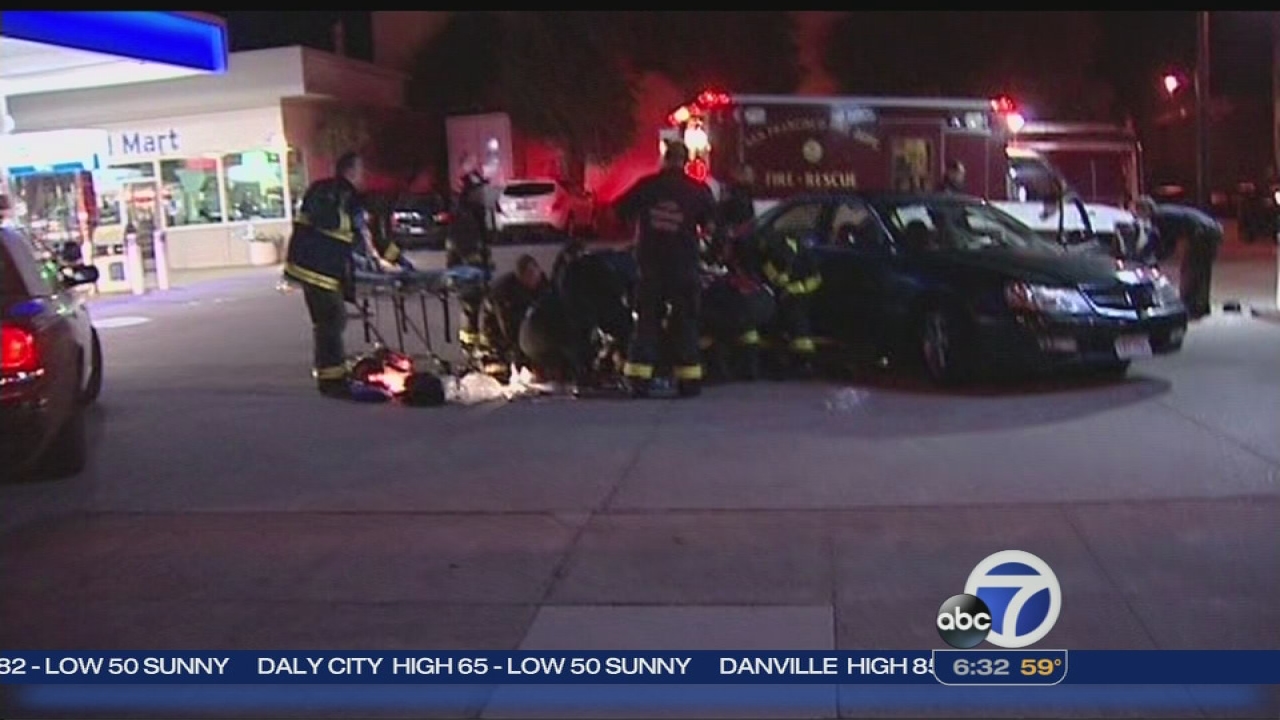 Police said the driver was changing a tire at the station when a man, who was loitering in the area, had an interaction with the driver. Then police said the man lied down on the pavement.

"He was lying down at some point and we don't know why. That is just one of those unknowns," said San Francisco Police Sgt. Chris Breen.

Police said the driver was belligerent, resisted arrest and they will test his blood alcohol level.

The pinned man is in the hospital with severe head injuries.