KGO
By by Sergio Quintana
HAYWARD, Calif. (KGO) -- We're learning new details about a 22-year-old Stacey Aguilar of San Jose who disappeared early Sunday morning on Feb. 14, after attending a party with her boyfriend in Hayward.

Aguilar is a mother of two who was shot and killed. Her body was dumped in a remote part of Alameda County.

The Hayward Police Chief Diane Urban says Aguilar's boyfriend was arrested on a domestic violence charge, but won't say if he is their person of interest in the homicide case.

Aguilar's body was found on Saturday, Feb. 20, about a week after she was last seen.

The party's hostess tells us both had been drinking, but nothing seemed alarming when they left.

"The boyfriend was arrested for domestic violence, and he is one of the persons that was questioned, and that's all I can provide to you at this time," Urban said.

Aguilar's mother reached by phone in Mexico tells ABC7 she is suspicious of Aguilar's boyfriend. Hayward police are not saying who the person of interest is in the homicide case, but say the community should not be concerned about safety.

"We do have a person of interest in custody, we cannot release the name of the person until charges are actually brought with the district attorney," Urban said.

The Alameda County coroner's office says Aguilar was shot multiple times. A GoFundMe page has been set up in Aguilar's name, saying in Spanish: "She was a mother, sister, and daughter, and now we are without her." 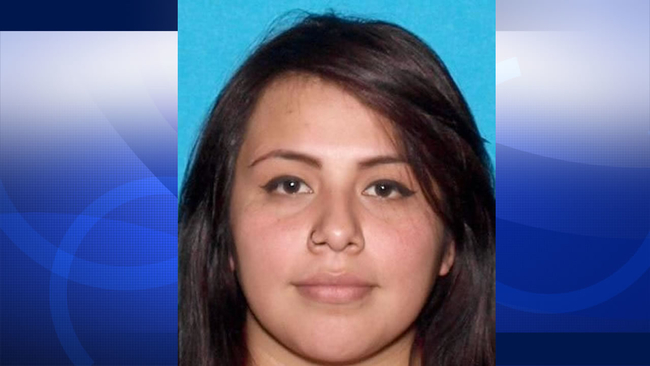