KGO
By David Louie
SAN JOSE, Calif. (KGO) -- An investigation is underway at the Santa Clara County Jail after a fight broke out Tuesday morning among inmates.

One prisoner went to the emergency room, but no one is saying yet what precipitated the fight.

The area where the fight broke out in the mail jail south has no cameras, so detectives have had to count on inmates to tell them what happened and why it got started. However, no one is cooperating and at least 10 inmates were involved.

Sky7 HD was over the main jail south shortly after the fight broke out around 8:30 a.m. It happened on the second floor where inmates are housed in a dormitory setting, free to hang out at all hours and not held in cells. "When our detectives went to interview all the inmates inside the cell area, no one wanted to talk to our detectives, so we don't know what caused the fight," Santa Clara County Sheriff's Office Spokesperson Sgt. James Jensen said.

Last year, there were 225 altercations at the jail and the alleged beating death of a mentally ill inmate named Michael Tyree by three sheriff's guards, who are now charged with murder. So far, there have been 78 fights this year.

Pastor Dale Witherspoon is a member of the County Blue Ribbon Commission that has spent six months studying jail operations.

Its report goes to supervisors next Tuesday Inmate fights, he believes, is rooted in cultural differences. "I think we have to work on some cultural change. You have people that are coming from different economic backgrounds, different cultural backgrounds and how we're understanding one another. How are we understanding those values?" Witherspoon said.

There were no security cameras where the fight occurred. "Having incidents appear on camera will help maybe determine policies and procedures that need to be put in place to lessen the tensions, to lessen in these kinds of fights. I'm hoping that the cameras will help keep both the inmates and the correctional officers safe," Witherspoon said.

One inmate did require stitches to the head, but is back at the jail. 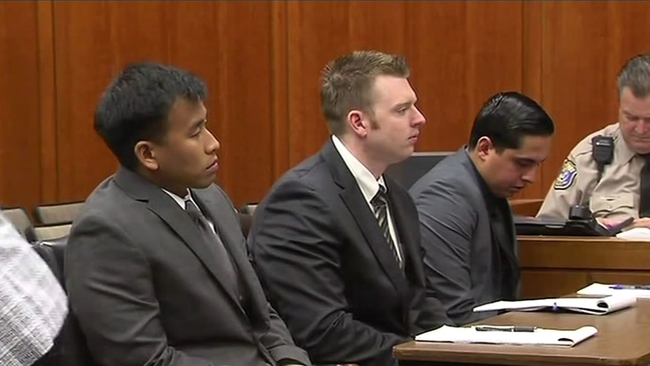 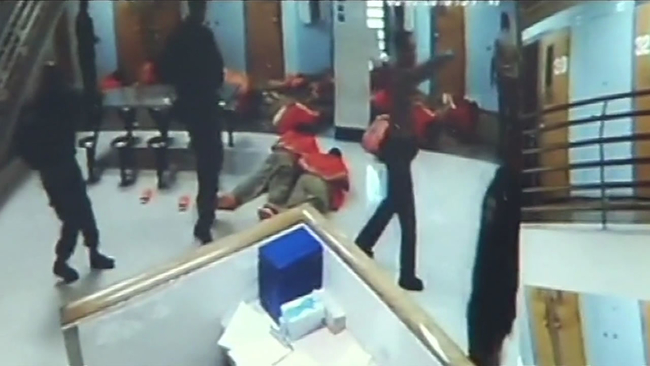