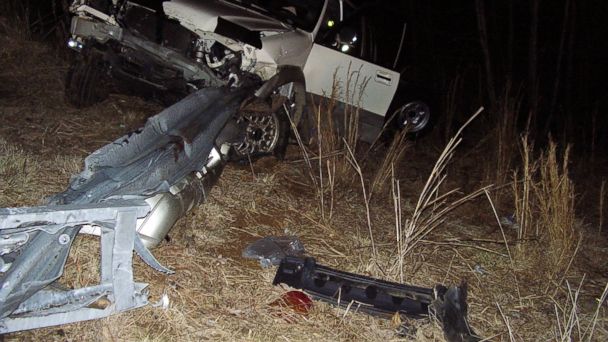 Faced with widespread news reports of lost limbs and painful deaths tied to highway guardrails that have pierced vehicles, federal officials are backing a nationwide study of whether guardrails are as safe in reality as they appear to be in crash tests.

The research will be done by a conglomerate of public and private highway engineers and experts, he said.

At issue, the federal official said, is whether the guardrail heads, or end terminals, can absorb the impact of a head-on crash of up to 62 miles per hour "in the real world" as they are designed to.

Tune in to ABC News "20/20" Friday for the full investigation.

The federal move comes as a new study finds that a re-designed version of a widely used guardrail end terminal "placed motorists at a higher level of risk of both serious injury and fatality" than the original version.

The study, conducted by the University of Alabama Birmingham, examined serious and fatal accidents in Missouri and Ohio and was sponsored by the state of Missouri and the Safety Institute, a non-profit advocacy organization.

"This is an important first step in understanding the actual field performance of this product," said Sean Kane, president of the board of directors of The Safety Institute, who in a different role also consults with some of the lawyers now suing the company that makes the guardrail.

"We are seeing on-road failures that shouldn't be happening," said Kane. "I have real concern about leaving them on the highways."

A spokesman for the state of Missouri said it asked for the study "upon learning of concerns with the effectiveness" of the re-designed end terminal called the ET-Plus.

Missouri officials have not received the final report and the spokesperson said, "We are unable to state what our course of action, if any, will be."

A spokesperson for Trinity Industries said the company had not seen the study and had no immediate comment.

Trinity is facing a series of lawsuits over accidents in which motorists were killed or lost legs when their vehicles crashed into guardrails.

It's current guardrail end terminal, called the ET Plus, has passed safety crash tests and met federal standards, according to the Federal Highway Administration.

But officials say even crash-tested guardrails can be involved in fatal accidents.

"We're interested in looking at how these devices perform in the real word after they pass crash testing," said Artimovich of the Federal Highway Administration.

In the lawsuits, victims allege slight modifications to the original design, including reducing one piece of metal from five inches to four inches, made them roadside hazards.

Trinity says its product meets all safety standards and it has "full confidence" in its performance. It says the slight changes had no effect on the end terminals' performance.

The original design is credited with saving hundreds of lives since it was introduced in 1999.

Its inventor, Dean Sicking, told ABC News the changes made by Trinity in 2005 were without his knowledge.

"I was not involved in that change, and never really understood why they did it," Sicking told ABC News.

Internal company e-mails obtained by ABC News show that Trinity engineers calculated that shaving off an inch on a key piece of metal would save about $2 for each end terminal.

Trinity denies any of its changes were made to boost profits.