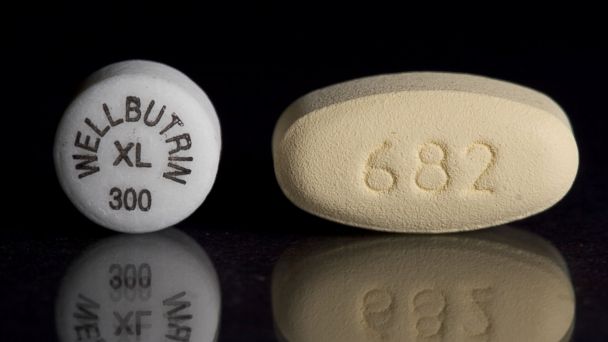 When Robin Lynn, who suffers from depression, was prescribed a generic version of a popular anti-depressant medication, she didn't think it was going to be a big deal.

"I thought that generic drugs are the exact same thing as the name brand drug," Lynn said.

But after taking Budeprion XL 300, a generic form of brand-name Wellbutrin XL, Lynn, who is from New York, said she noticed over time that the drug wasn't helping.

"I would have a lot of energy, but by middle of the day I would have no energy, I would crash, and it wasn't really controlling my depression symptoms either," she said. "My outlook on life was different in a matter of hours. I knew that was just not normal, that's not how things are supposed to be."

In 2007, Lynn went looking for answers and reached out to pharmacologist Joe Graedon, who wrote the best-selling book, "The People's Pharmacy," with his wife Terry Graedon, and hosts a popular radio show. Around that same time that he heard from Lynn, Graedon said he began to receive complaints about Budeprion XL 300, with users reporting some intense side-effects not seen with using the brand name drug.

"They were getting very jittery. They were experiencing headaches. They were having stomach problems, insomnia, just a whole range of side effects, and it just wasn't clearing up their depression the way the brand name drug was," Graedon said. "And some of them even expressed suicidal thoughts."

"It was like getting a shot of adrenaline first thing in the morning," Lynn said. "It would make my hands shake, my heart would pound."

Eight out of 10 prescriptions written in the United States are filled with the no-brand name, generic version of the drug prescribed by a doctor, and every year generic drugs save American consumers more than $200 billion in prescription costs.

For years, Joe and Terry Graedon were strong advocates for the use of generic drugs.

"We were huge supporters of generic drugs, because you can save an amazing amount of money," Joe Graedon said. "I mean a brand name drug for heartburn or for depression can cost a couple of hundred dollars a month. The generic might cost only $5 or $10 a month... So if they were identical, I mean, What's not to like?"

But when hundreds of people started writing in with their negative experiences with Budeprion XL 300, the Graedons became concerned and contacted the U.S. Food and Drug Administration, asking them to investigate.

"Pretty much we heard nothing back," Joe Graedon said. "The FDA didn't seem very responsive to our concerns."

So Graedon decided to take the investigation into his own hands. He took the drug Budeprion XL 300 to ConsumerLab.com, which independently tests generic drugs for universities, businesses, hospitals and government agencies, and asked them to test how Budeprion XL 300 dissolves, and whether it dissolves the same way as the brand-name drug, Wellbutrin XL.

The FDA mandates that generic forms of prescription medication contain the same active ingredient as the brand name, but the agency allows the generic version to use different inactive ingredients, including binders to hold the pill together and time release agents to disperse it.

That dissolution process was important with Wellbutrin XL and its generic forms because they are "extended release" drugs. Every time-release drug has a mechanism to distribute the active ingredient into a patient's system. The generic forms aren't required to have the same mechanism as their brand name.

"What we found was shocking," said Dr. Todd Cooperman, the president of ConsumerLab.com. "The generic released its ingredient very quickly. In fact after just two hours, 34 percent of the ingredient had come out into solution. The original product had only released 8 percent at that time. ... so you're getting a burst of medication coming out very early on with the generic that you shouldn't be getting."

Such a huge early release of the generic drug Budeprion XL 300 would mean the active ingredient would spike and be used up quickly, leaving little of the active ingredients in a patient's body for the rest of the day, while also potentially causing unexpected side-effects.

After publishing their results, Cooperman said, "it seemed like the FDA kind of wanted to quash this issue. The manufacturer also questions, you know, did we do the right test? The FDA said everything was fine."

The drug information insert that comes with Budeprion XL 300 stated that the drug had been "tested in a study" and "equivalence was demonstrated" with the name brand Wellbutrin XL, but then, the FDA announced a shocking admission.

"The FDA finally admitted that there actually had never been a study of this generic, and it had never been tested in humans, and that the information in that package insert was therefore, just made up," Cooperman said.

As it turns out, the FDA did require testing in a lower dose of Budeprion XL and used those results to approve the 300mg-strength version.

Janet Woodcock, the director of the Center for Drug Evaluation and Research at the FDA, told ABC News that the 300mg version wasn't tested separately because "there was concern about testing the generics in normal volunteers."

"We had had seizures reported, and we were worried that we would be unethically exposing volunteers," she said.

But Cooperman believes the FDA made an error in not doing further testing.

"If you're going say 'OK it's good enough for 300 million people to take it potentially, but we're not going to test it in 24 healthy people,' I can't follow that rationale," he said. "I think they made a big mistake there."

Seven years after the Graedons' first complained to the FDA, the agency took Budeprion XL 300, the 300mg version, off the market in 2012.

"It was not equivalent enough to the brand drug," Woodcock said.

Manufacturers for the drug declined ABC News' requests for comment. Other forms of generic Wellbutrin are still on the market, and they are all considered safe. In fact, experts agree that generic drugs are in general extremely safe.

But there have been other cases of generic drugs causing different effects in patients. Dr. Harry Lever, a cardiologist and the medical director of the Hypertrophic Cardiomyopathy Center at the Cleveland Clinic said he starting seeing patients having problems with a generic form of Toprol XL, a blood pressure medication.

"They began getting chest pain or shortness of breath or dizziness. And some of them I would just change the manufacturer back to the name brand... some would seem to feel better," he said.

Lever wrote to the FDA about his concerns in December 2012. He received an assurance, 18 months later, that all forms of generic Toprol were up to the FDA's standards. But then, just two weeks later, the FDA announced two forms of that drug manufactured in India were voluntarily recalled.

According to the FDA, the recall was "a coincidence." Woodcock said these recalls were routine and due to some specific lots that may have degraded over time. Dr. Reddy's Laboratories Ltd., one of the companies that manufactured the drug, also told ABC News that the voluntary recall was "related to specific manufacturing issues with the two batches in question and not related to manufacturing of any other batches."

But Lever isn't buying it.

"All I can speak to is what I'm seeing," he said. "And I've seen problems and when you have batches that are removed you begin to wonder that there are problems and you can't just ignore it."

Though watchdogs like Graedon and Cooperman believe most generics are safe, they still have concerns about others.

"We suspect there are at least dozens if not scores of generic drugs that may not live up to the standards that the American public expects," Graedon said.

The FDA disagrees. But the bottom line is generic forms of prescription medication, while generally safe, are not identical to their brand-name drugs, though critics suggest using caution and speaking with your doctor.