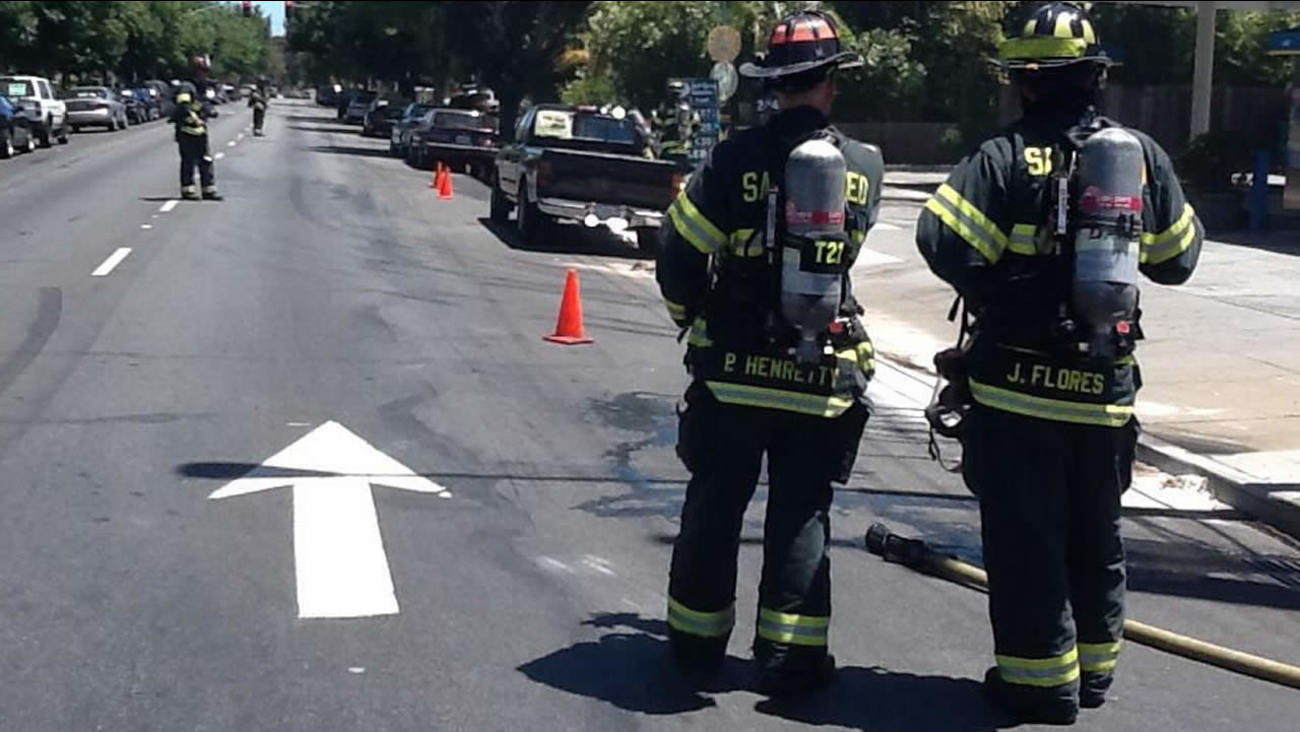 SAN MATEO, Calif. -- Crews have cleared a fuel spill in San Mateo Sunday afternoon that happened when a driver accidentally crashed into a gas station pump, according to a fire battalion chief.

The car crash and fuel leak was reported a short time after noon at the Valero gas station at 706 E. Fourth Avenue, according to San Mateo fire Battalion Chief Joe Novelli.

No one was injured in the crash, which caused about 200 gallons of fuel to spill from the pump into the south side of Fourth Avenue, Novelli said.

Fire crews arriving on the scene activated an emergency shut-off switch and were able to prevent any fuel from spilling into storm drains, the battalion chief said.

The gas station was closed while crews used sand and other materials to mop up the spilled gasoline.

Police closed the surrounding streets to both foot and car traffic during the cleanup, which ended around 2:30 p.m., Novelli said.

The crash appears to have occurred when a patron driving into the gas station attempted to turn his car around, he said.