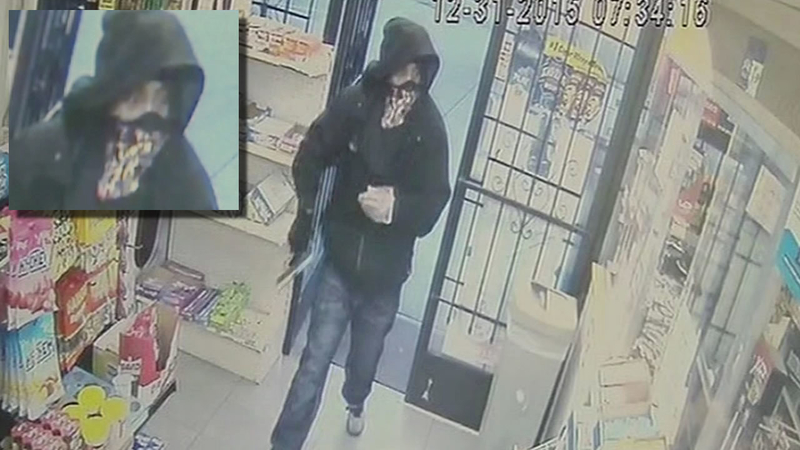 SAN LEANDRO, Calif. (KGO) -- A serial robber targeting Bay Area gas stations has struck again. The latest incidents happened Thursday morning at a Valero on East 14th Street and a cleaners on Davis Street in San Leandro. New surveillance video shows the man walking into the store with a bandana and gun.

At the Valero on East 14th Street, surveillance video shows the man coming in at 7:35 a.m. He wears a mask and points a pistol. Investigators say the weapon appears to be a high caliber semi-automatic.

"At one point he actually went behind the counter, holding the employee at gun point, forced her down on onto the floor and he crouched down as well, as another customer came in and put money on the counter to pay for the gas. The robbery was still in process," San Leandro Police Lt. Robert McManus said.

About 20 minutes later, police say the same man hit a dry cleaners on Davis Street. It's just a bit west of one of the four 7-Eleven stores, he robbed over four days last week. At one of them, an employee pushed a panic button but the robber, who always wears a black hoodie, got away before police arrived. 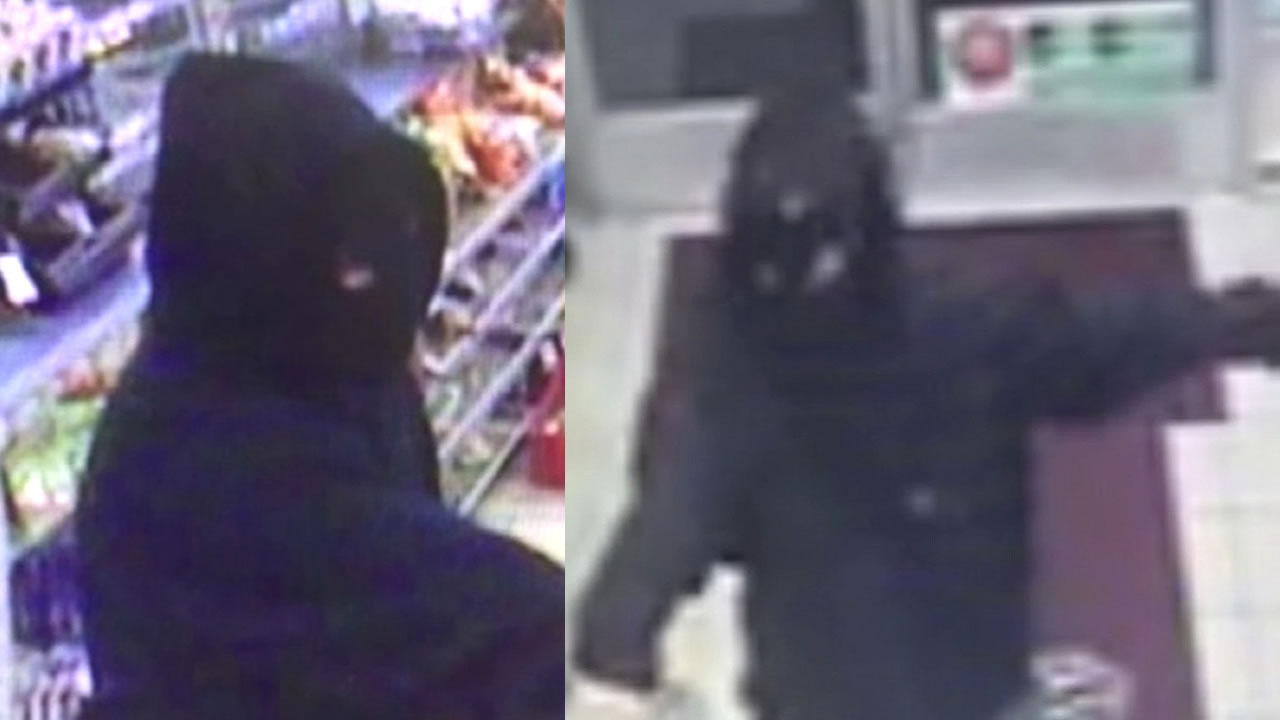 On Christmas Eve, he pulled off a heist at the 7-Eleven on Foothill Boulevard and the clerk says the armed bandit cleaned out the register.

On Wednesday, for the first time, he ventured outside San Leandro and robbed a Valero gas station in Walnut Creek. Investigators are asking the public to help identify the stocky 5'9" Asian or Latino criminal before someone gets hurt.

"As these become more frequent, we know from past history, they become more violent. This person is desperate and that's why we need to get him off the street as soon as possible," McManus said. 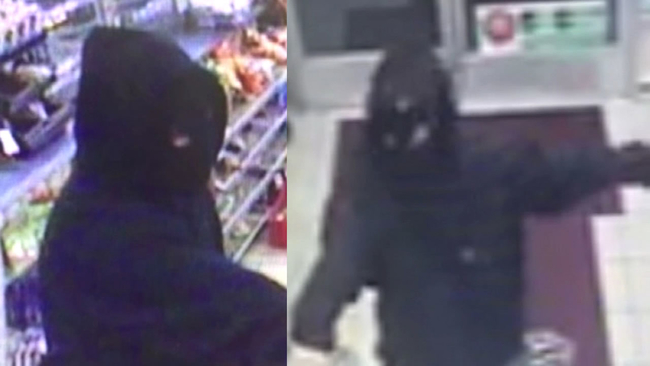