KGO
By Laura Anthony
OAKLAND, Calif. (KGO) -- Top officials from several agencies are responding to accusations their officers had sex with the same young woman -- the daughter of a police dispatcher.

The young woman at the center of the investigation is being interviewed by officials throughout the East Bay. "We're just now learning some of Oakland's investigation relates to several police officers who work here," Richmond Police Department Police Chief Allwyn Brown said.

Brown is just the latest East Bay official grappling with accusations from an 18-year-old woman that she had sex with more than two dozen police officers, some when she was a juvenile. "The early indications are at least in terms of potential relationships between the primary witness in this case and our folks were relationships after she became an adult," Brown said.
Using the name Celeste Guap, the teen told our media partner the Bay Area News Group that she had sex with more than 25 officers, 14 from the Oakland Police Department, the rest from Richmond, Contra Costa and Alameda counties.

It's unimaginable that officers from several different departments would be involved with a prostitute. This undermines the integrity of policing," Civil Rights Attorney John Burris said.

Unlike other agencies, Alameda County Sheriffs are not opening an investigation telling ABC7 News: "As long as our officers did not engage in underage sex or unlawful sex with paying a prostitute, then what they do as long as it is not illegal or unethical does not rise to the level of an investigation."

"Let the people vote, put this on the ballot," one woman said. In the meantime, Oakland community leaders and city council members are joining forces to demand a citizen-led police review commission. "The wrongful act is not only those who had sex with her, but anyone who may have known about it and allowed that to continue," Oakland City Councilmember Rebecca Kaplan said.

So far, in Oakland five officers are on paid leave while under investigation, and two of those have resigned.

Press conference calling for independent police commission in Oakland as @OPD and other depts embroiled in scandal. pic.twitter.com/x7KK71pATh 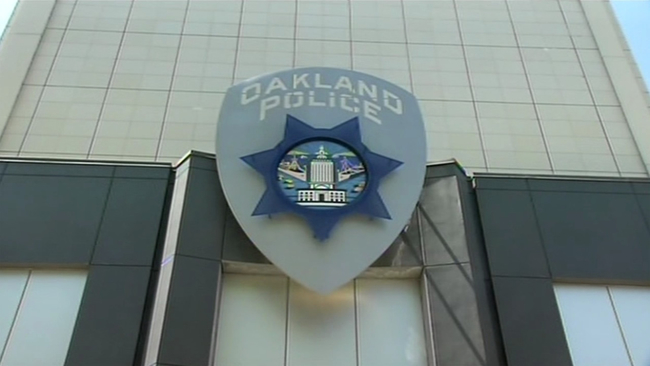