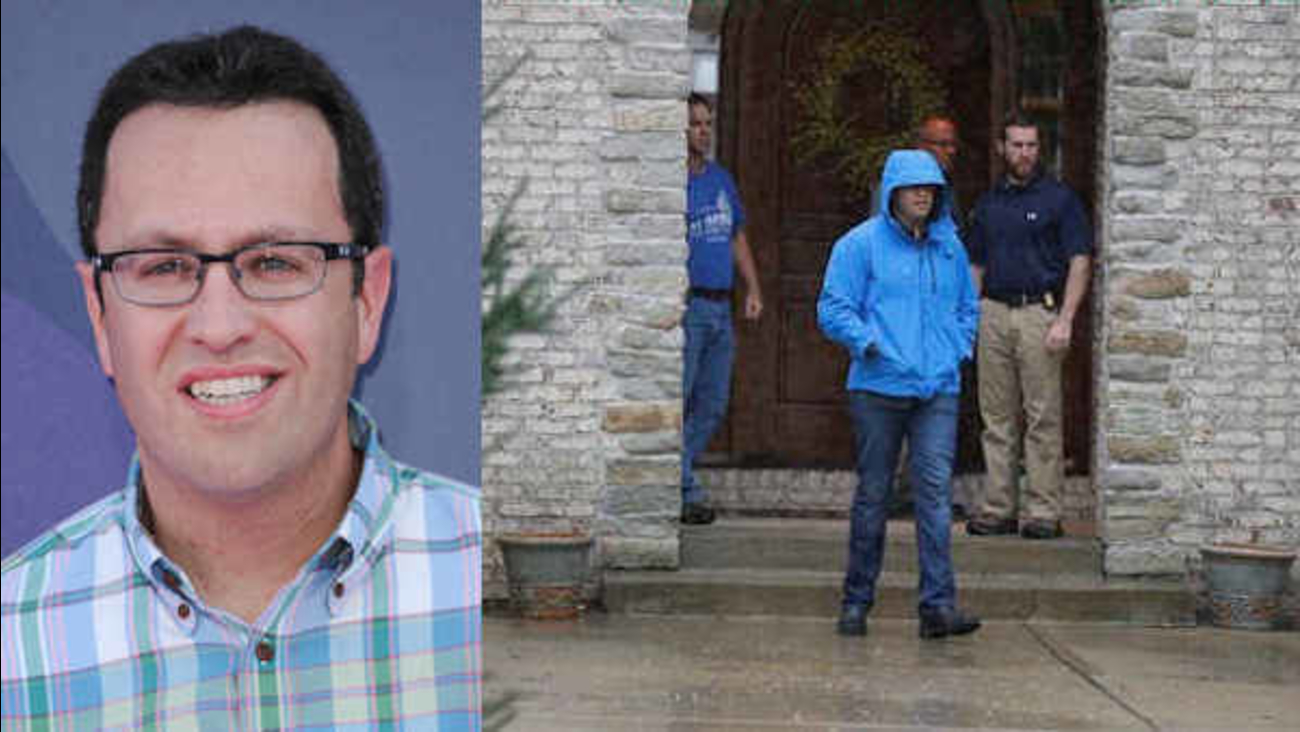 "Subway and Jared Fogle have mutually agreed to suspend their relationship due to the current investigation," the sandwich chain said in a statement at the time. "Jared continues to cooperate with authorities and he expects no actions to be forthcoming...Both Jared and Subway agree that this was the appropriate step to take."

Law enforcement agents raided Fogle's Zionsville home as part of an ongoing investigation into child pornography, according to two sources briefed on the investigation. The officials told ABC News that this investigation is an offshoot of the May arrest of Russell Taylor, the then-executive director of Fogle's charity devoted to children's health.

Taylor faces eight felony charges including possession of child pornography. He did not enter a plea, waived a detention hearing and is being held.

At the time of Taylor's arrest, Fogle released a statement to the Indianapolis Star condemning Taylor.

"I was shocked to learn of the disturbing allegations against Mr. Taylor. Effective immediately, the Jared Foundation is severing all ties with Mr. Taylor," Fogle said in the statement.

Prior to news of the expected plea, no charges had been announced against Fogle. It was not clear if Fogle was the target of the investigation.

Fogle, 37, gained national fame when he lost a significant amount of weight by eating turkey and vegetable sandwiches from Subway and exercising. He was first featured in ads for the company in 2000.
Related topics:
indianachild pornographysubwayu.s. & worldjared fogle
Copyright © 2020 WABC-TV. All Rights Reserved.
RELATED LIVE: Pres. Trump, federal officials to give update amid COVID-19 crisis in US