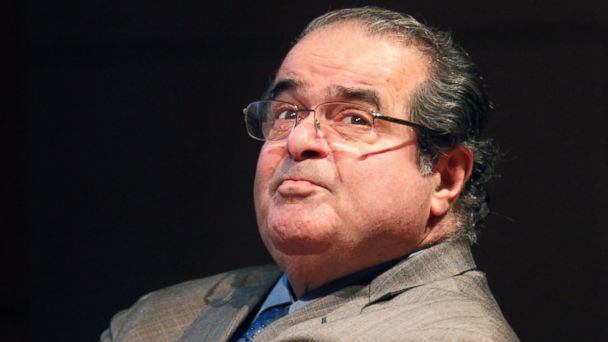 The owner of the Texas ranch where Supreme Court Justice Antonin Scalia died of natural causes Saturday while on a quail hunting trip said Scalia was "animated" and a "delightful guest" the night before his death.

Poindexter said that "once [Scalia's] presence was even a potential [for the quail trip], we did all we possibly could do attract him here."

The quail hunting group, including Scalia, had a "jolly lunch," and in the afternoon, some guests hunted quail, but Scalia just observed, Poindexter said.

Poindexter said he then sat a few seats away from Scalia at dinner, where the justice seemed "animated" and a "delightful guest." Scalia seemed tired that night, but Poindexter said he was not concerned about his health.

Then, Saturday, Poindexter and another friend found Scalia in his room in his bed, "totally peaceful."

Scalia was "stone cold" and had no pulse, Poindexter said.

His hands were on his chest and he seemed "relaxed," Poindexter said.

Poindexter and the friend called the emergency room, and the local sheriff and several U.S. Marshals came to the scene, he said.

Presidio County Judge Cinderela Guevara, who pronounced Scalia dead, told ABC News the death certificate will say the cause of death was natural, and that he died of a heart attack. She said no autopsy was necessary. Scalia was 79.

"What a great loss he is going to be as a defender of rights and privileges we have as Americans," Poindexter said.

Guevara told ABC News she talked to Scalia's doctor in Washington, D.C., who told her he had been sick and had been at his office Wednesday and Thursday before going on the hunting trip Friday.