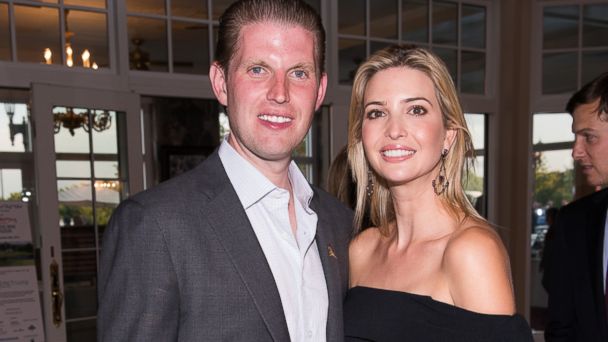 Donald Trump may be favored to win big in New York next week, but it looks like he'll be missing out on two votes, from his own kids.

Eric and Ivanka Trump won't be eligible to vote for their father in the closed Republican Party primary after missing the deadline to register with a political party.

"They were unaware of the rules and they didn't register in time," Trump said this morning on "Fox and Friends." "So Eric and Ivanka, I guess, won't be voting."

The deadline for registered voters to change party enrollment was Oct. 9, 2015, more than six months ago. The deadline to register as a new voter was March 25.

Records from the New York State Board of Elections show that Eric, 32, and Ivanka Trump, 34, are registered voters who are "not enrolled in a party."

Donald Trump Jr., 38, as well as Donald and Melania Trump, are registered Republicans, the records show. Because New York has a closed primary, only registered members may participate in a party's primary.

Trump's younger daughter, Tiffany, 22, is a registered Republican in Philadelphia.