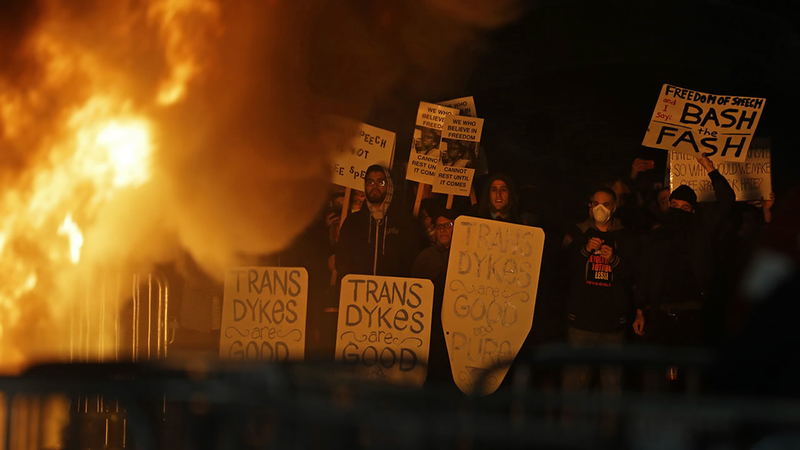 
Yiannopoulos spoke Monday night at Cal Poly in San Luis Obispo, where he drew a diverse crowd of opponents and supporters. Cal State police monitored the crowd closely. The sold-out event was sponsored by the Cal Poly chapter of the College Republicans and not by the university itself.