KGO
By by Katie Utehs
WALNUT CREEK, Calif. (KGO) -- SWAT teams ended a 19-hour standoff Friday with a man suspected of killing his ex-girlfriend as she walked near the Lindsey Wildlife Experience in Walnut Creek Thursday. Co-workers describe the victim as having a gentle and quiet spirit.

Police say the suspect, armed with a gun, was high on drugs as they tried to get him out of the car.

Police finally got the suspect out by shooting a gas round into the man's vehicle.

The shooting happened around 1:30 p.m. Thursday.

"I heard what sounded to me like a backfire because we're around a park, a church," said witness Kelisha Abad.

Gregory Prokopowicz, 38, ran from First Avenue in Walnut Creek, where his neighbors saw him cut through an empty parking lot trying to get home.

"And then I guess neighbor asked, 'Hey, what's going on,' and he said, 'Oh, hi I'm trying to get to safety -- from my crazy ex-wife,'" said neighbor Mei Xing.

The victim is 47-year-old Roselyn Policarpio.

Policarpio's LinkedIn profile appears to have been altered as it calls her a "cheating whore."

This is an undated screenshot of Roselyn Policarpio's LinkedIn profile.

A representative for McAffee confirms she worked there in the past and workers recall her fondly.

Police say Prokopowizc was armed with a gun and knives when he was arrested.

"We're here to preserve everybody's life no matter what they do and we want to get him into custody with no one injured or hurt," Cashon added.

Prokopowizc was taken to a hospital for treatment before being booked in jail.
Related topics:
walnut creekcrimehomicide investigationhomicidewalnut creekshootingpolicestandoffdeath investigation
Copyright © 2021 KGO-TV. All Rights Reserved.
RELATED 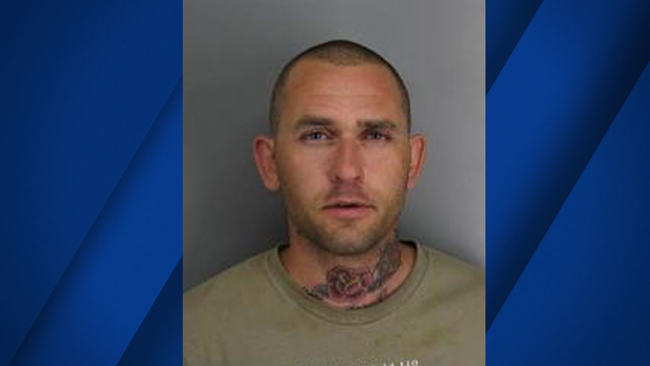