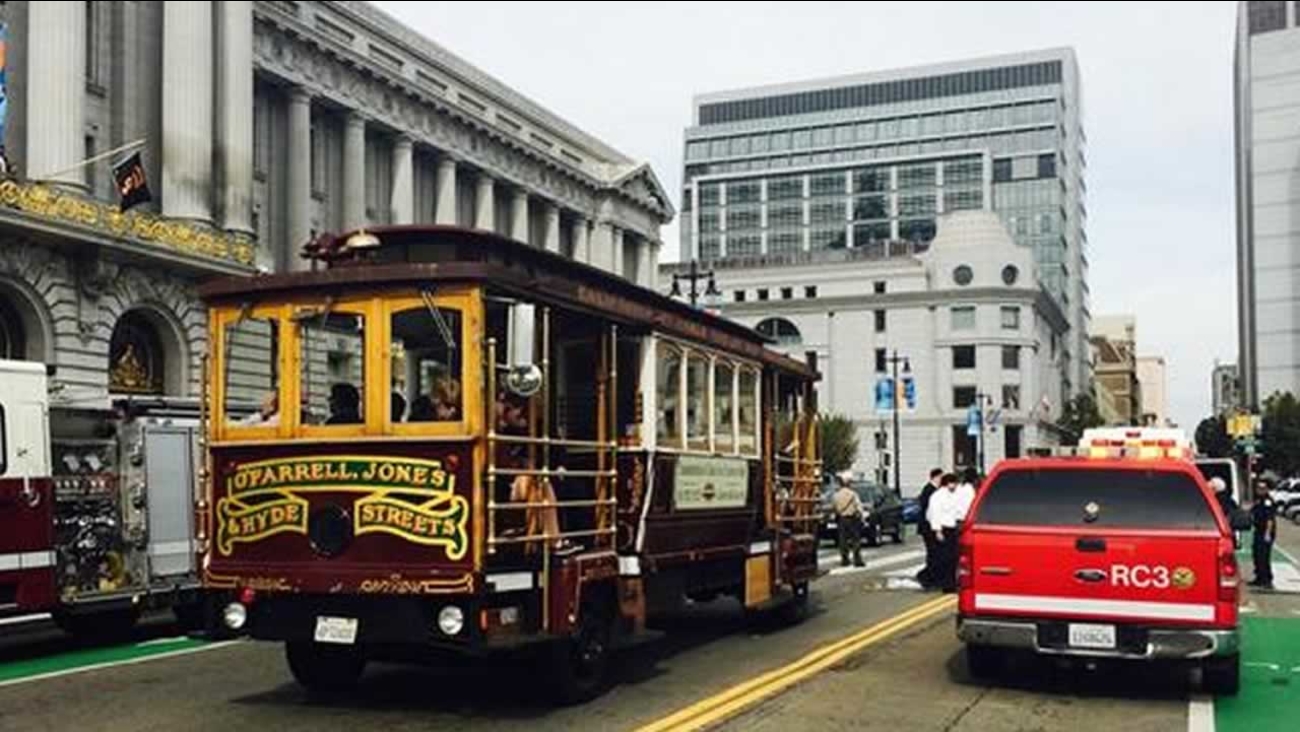 A woman was critically injured when she was hit by a cable car tour bus near San Francisco City Hall Thursday morning.

Bay City News
SAN FRANCISCO -- A woman who was critically injured when she was hit by a tour bus near San Francisco City Hall Thursday morning, has died.

The 67-year-old victim worked for the San Francisco Controller's Office. Her death was confirmed by the office, but they declined to identify her.

The woman was struck by a cable car-style tour bus in a crosswalk at the corner of Polk and McAllister streets at about 11:30 a.m., police spokesman Officer Albie Esparza said.

She was taken to San Francisco General Hospital with life-threatening injuries.

Mayor Ed Lee told ABC7 News the city has been considering putting in a traffic light at the intersection where the woman was hit.

The company operating the tour bus, Classic Cable Car Charters, said they are currently investigating the accident. They released a statement saying: "Our thoughts and prayers are with the pedestrian and her family. We have no other information at this time."