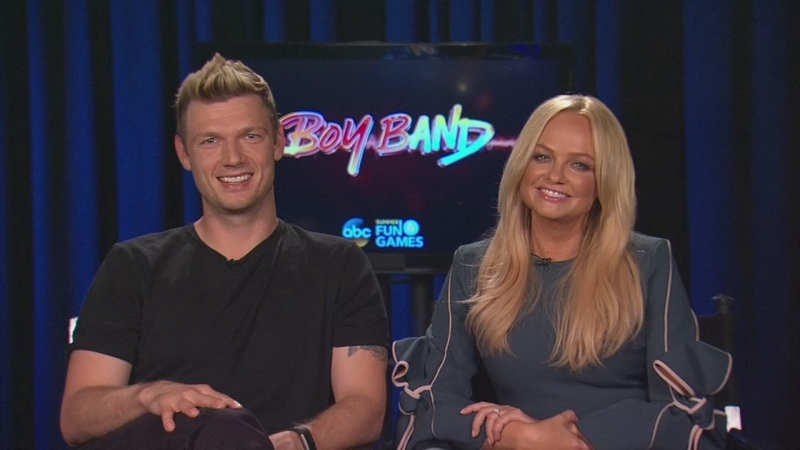 NEW YORK -- We're getting closer to the final five on ABC's "Boy Band!"

The 14 remaining finalists are performing in new groups tonight!

"Boy Band" is more exciting than ever now that the episodes are live!

"We're live and it's frightening because anything can happen!" said Emma Bunton, "Boy Band" architect and member of "The Spice Girls."

We're switching it up this week with NEW groups and NEW songs for our Live show this Thursday! #BoyBand pic.twitter.com/zmKSqlqEDp

We'll get to hear the contestants sing Billy Joel's "Uptown Girl," followed by the boys being broken down into three new groups that will perform "Livin' on a Prayer," made popular by Bon Jovi, Cyndi Lauper's "True Colors" and the Rolling Stones' classic "(I Can't Get No) Satisfaction."

The new groups have been decided and they have 30 seconds to come up with their band name. GO! #BoyBand pic.twitter.com/eatxkcBAb9

Architects Bunton, Nick Carter and Timbaland will critique the contestants' performances and select the bottom two who are up for elimination.

"I'm looking for a group that I can enjoy, my kids can enjoy, and it's just about pure entertainment," Bunton said.

Carter said he feels like this show came at the right time in his career and life.

"You know I'm 37 years old, I have a baby, I think it's a good time in our lives to give back a little bit and," Carter said.

"Backstreet Boys" fans can rejoice because Carter said the group is working on their next album during the next four months before their Las Vegas residency resumes.