YORBA LINDA, Calif. -- The family of an 8-year-old transgender student has filed a discrimination lawsuit against an Orange County private school.

The suit alleges that Heritage Oak, which is located in Yorba Linda, refused to call their daughter Nikki Brar by her name.

RELATED: No changes in military transgender policy for now, top US general says

Nikki is the girl right next to her mom in this family picture: 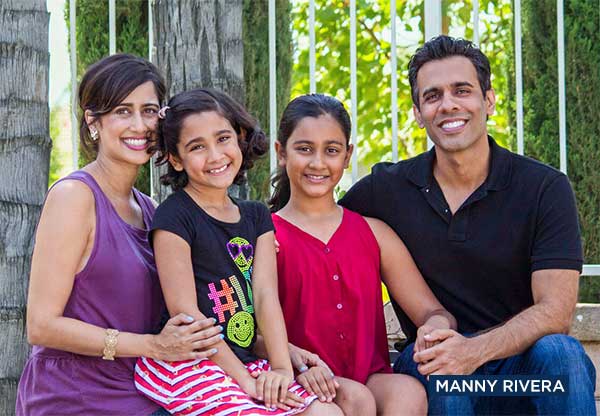 Nicole (Nikki) Brar (second from left), her sister and her parents are seen in a family photo.

The suit also claims the school insisted that Nikki wear a boy's uniform and use the boy's bathroom.

It also states that the school barred teachers from protecting her from bullying and harassment.

"When adults at a school think that they can dictate the name that a child goes by and demand she wear a boy's uniform when she knows she's a girl, that's wrong. And that's what happened at Heritage Oak. As a society, we can't accept such discrimination from any quarter - least of all from a school seeking to deny the identity of one of its students," Mark Rosenbaum, the lead attorney for the Shah Brar family, said in a news release from the law firm Public Counsel.

The school said it told the family it had decided to use an outside consultant to assist them and discussed accommodations, "such as use of the single-unit staff bathroom, specific options as to girl's uniform clothing and girl's hairstyle, as well as ceasing to use gender groupings in physical education activities."

The family eventually pulled Nikki out of the school. According to the statement released by the family's attorneys, Shah and Brar repeatedly tried to work with the school to improve conditions for their daughter, but they "saw their attempts rebuffed time and again."