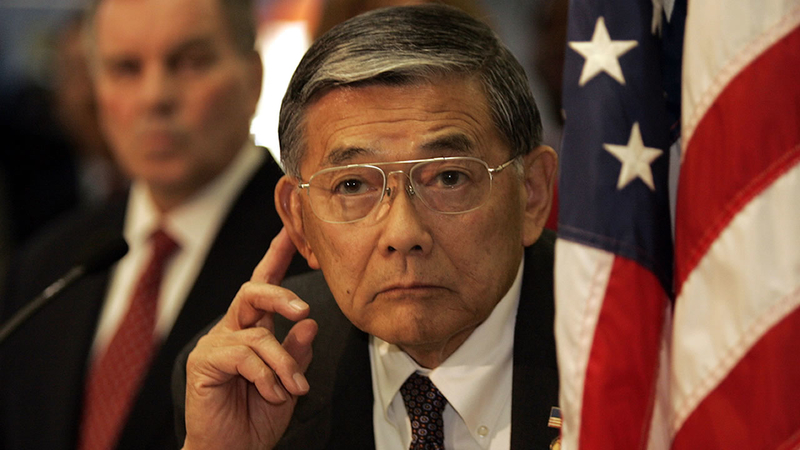 Mineta, the first Asian-American mayor of a major American city, was the only Democratic member of President George W. Bush's cabinet, serving as secretary of transportation from 2001 to 2006 including during the terrorist attacks on Sept. 11, 2001, that prompted the temporary shutdown of planes countrywide.

Mineta had served as San Jose's mayor from 1971 to 1975, then represented the South Bay in Congress from 1975 to 1995, founding the Congressional Asian Pacific American Caucus. He also served as President Bill Clinton's secretary of commerce. The Norman Y. Mineta San Jose International Airport is named after him.

"San Jose has lost a great champion, and I have lost a deeply admired mentor," Mayor Sam Liccardo said. "Norm Mineta gave me my start in public service as an 18-year-old intern in his Washington congressional office. Like so many of those fortunate to have worked with Norm, I learned enormously from his calm leadership style, his deadpan humor, and his sincere love for public service."

According to the city, Mineta was born in San Jose on Nov. 12, 1931, and was interned along with his family at a camp in Wyoming along with tens of thousands of other Japanese Americans along the West Coast during World War II.

He went on to study business administration at University of California at Berkeley and served in the U.S. Army as an intelligence officer in Japan and Korea.

State Sen. Dave Cortese, D-San Jose, said, "I'm deeply saddened to hear the news of the passing of Norman Mineta, someone I was honored to call a friend and mentor. Secretary Mineta embodied what it means to be a public servant and was an inspiration to countless leaders, including myself. His legacy will leave a lasting impression for years to come."

Mineta is survived by his wife, four children and 11 grandchildren.