In those first hours of the North Bay wildfires, no one could know what was coming.

SANTA ROSA, Calif. (KGO) -- In those first hours of the North Bay wildfires, no one could know what was coming.

First a few sparks and small fires, but once the wind picked up, there was a gut feeling that it could get bad. The glow the Santa Rosa fire chief saw from a hilltop was ominous.

"Been to a lot of fires inside of the city and outside of the city, nothing compares to what we saw that night," Santa Rosa Fire Chief Anthony Gossner said.

It was faster than anyone could have imagined.

The wall of fire travelled two miles in just one hour, heading straight for the command center in the K-Mart parking lot.

Fires were popping up everywhere - grass and trees on fire, homes on fire in places like Coffey Park, then a hospital in Larkfield.

That's when it hit home for fire captains Jack Thomas and Jason Jenkins.

"And that really got to me. Because I realized that a community that I live in, that I have been here forever, was burning down," Santa Rosa Fire Captain Jack Thomas said.

"You know I am used to going to these kinds of incidents, but they are much smaller scale. But, when it's in your own neighborhood, the seriousness of it, the impacts are long lasting, you realize how devastating it is going to be, I realized that pretty early," Captain Jason Jenkins said.

Flaming debris the size of dinner plates was being thrown around by the wind starting new fires.

"There were reported hurricane force winds - fire tornadoes in the Coffey Park area, there were things that really shocked us - the next morning looking at that, there was a vehicle upside down - 100 feet into Coffey Park," Jenkins said.

By sunrise - we all got a look at just how bad the fire was. A month later it's still jarring.

"It's hard to recognize the images that go through your mind. It's as though a nuclear bomb went off," Chief Gossner said of the neighborhoods devastated by the fires.

But as bad as this disaster was, it could have been worse. So many lives were saved because firefighters, police, and ordinary folks got people out of bed and out of danger.

"If it wasn't for the actions they took, there would have been many more lives lost, and still we lost way too many lives," Gossner said.

Firefighters say that they have been overwhelmed by the community response to this disaster and have received hundreds of personal, touching thank you notes. 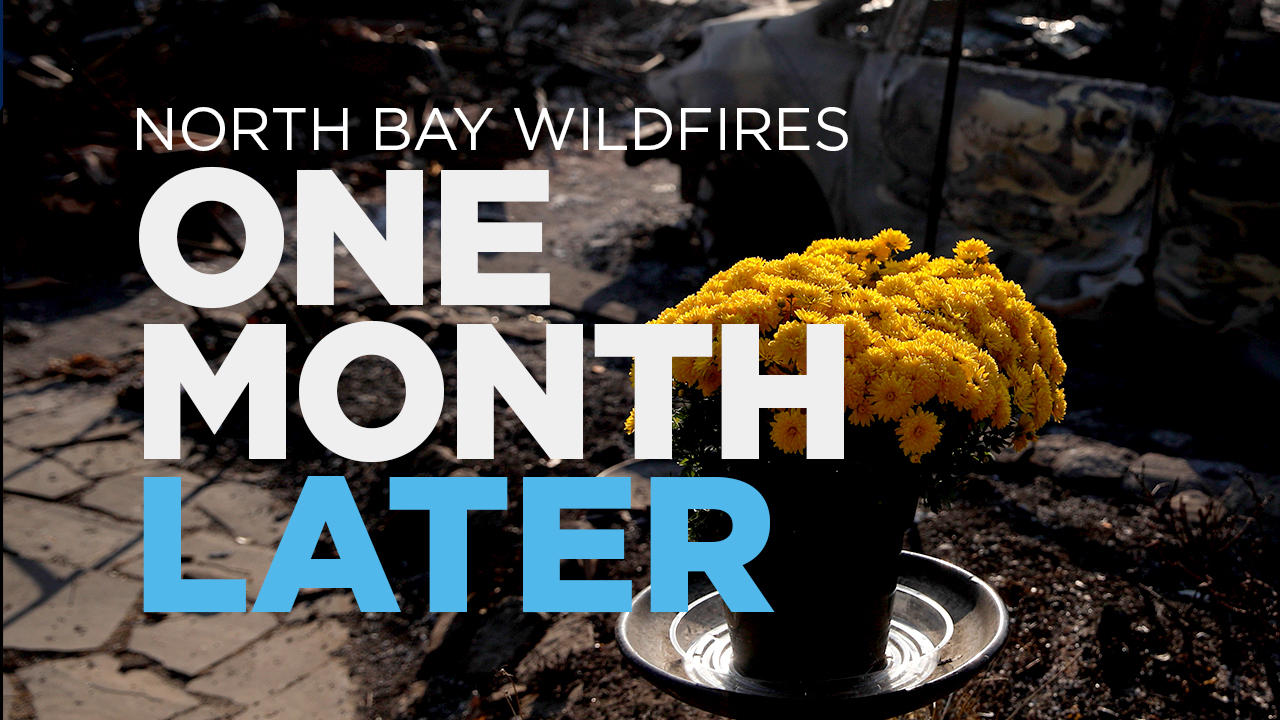