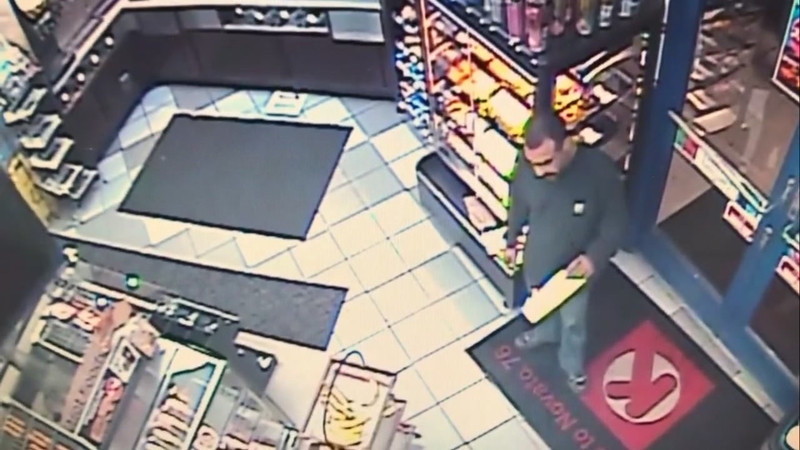 NOVATO, Calif. (KGO) -- A tense police stand-off is over in the North Bay where a suspect refused to surrender, hours after police say he tried to burn down a convenience store with gasoline and a lighter

It was all caught on tape.

Police followed Roman to the Circle K convenience store on Ignacio Blvd. where he had argued with assistant Manager Sanjeeb Kumar.

"I said sir you have to pre-pay for gas. He got so angry he took a gas can from his pick up and poured it all over the store," Kumar said.

Police say it was all caught on the store's security camera.

Roman is seen walking through the aisles, dousing the floor with gasoline as Kumar calls 911.

Roman leaves the store but returns with a piece of paper and a lighter. He lights the paper on fire and tosses it onto the gas soaked floor.

"I was so scared! I didn't want to be close to him, I wanted to stay away," Kumar added.

Luckily there was no fire and the gas did not ignite.

The suspect took off, but police followed him to the Safeway gas station where he refused to surrender.

"Negotiators used de-escalation techniques to establish trust, and were able to talk to him and find out what was going on," said Novato Police Lieutenant Sasha D'Amico.

Police say Roman was having family troubles. He agreed to surrender after asking for a vape pen to smoke. Police did not find a weapon in his truck.

Roman is charged with attempted arson and vandalism. No one was hurt.

UPDATE: @NovatoPolice Standoff is over. Police say 40 year-old suspect Juan Roman surrendered peacefully at Safeway gas station after being given a vape pen to smoke in his truck.