The baby "went completely limp" on the way to the hospital, so Sgt. Kyle Barnett performed CPR from the backseat of a patrol car.
KGO
By Josh Einiger 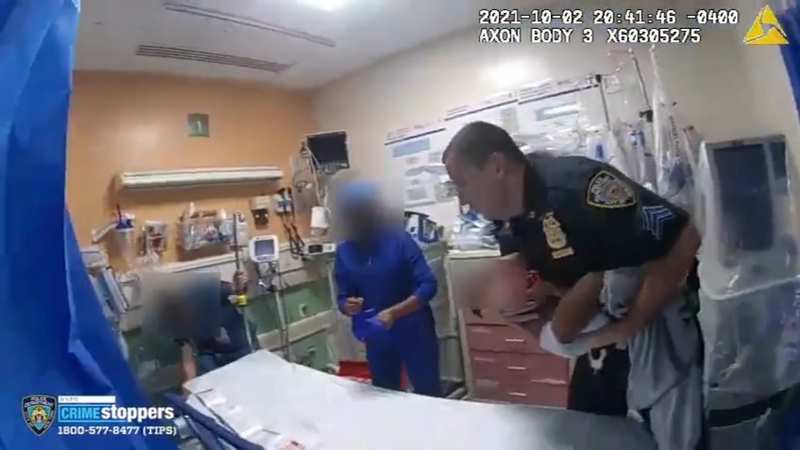 Officers race through Brooklyn to save life of 1-year-old

NEW YORK -- Harrowing body camera video shows New York City Police Department officers' race through Brooklyn to save a 1-year-old child who was about to die.

That's when they received a call about a baby who was having seizures and had trouble breathing.

"It's just the mother calling 911, so we just have to get there as fast as possible," Lynch told our sister station WABC-TV in an exclusive interview.

Body-worn camera video shows the race through Brooklyn to save a 1-year-old's life.

The mother was holding her child and "extremely frantic" when they arrived on the scene, said NYPD Sgt. Kyle Barnett.

"Please save my baby," she is heard begging the officers in the body camera video.

"As soon as I grabbed the baby, I just knew something was wrong. I knew we had to get the baby to the hospital," Barnett said.

The ambulance had yet to arrive, and Barnett, who was promoted to sergeant just a month ago, had to act fast. He jumped into the back of Lynch and Blake's car, and other cops blocked traffic for the two-mile trek to the hospital.

Time was running out, so Barnett performed CPR from the squad car's back seat.

"About 20 seconds after we got into the [police car], the baby just went completely limp. [The child] wasn't breathing," he said.

Once they arrived at Brookdale Hospital, Barnett carried the baby through the hospital and handed the child to doctors and nurses.

"We waited until the doctor said he's good. The doctor came over and said he's gonna be fine. We were just like, 'Wow,'" Barnett said. "You think, 'Wow. This is somebody's child.'"

Tremendously proud of the lifesaving work of our very own Sgt Barnett, PO Lynch, Blake & Diaz. On 10/2 they responded to a 1 year old in distress. When the baby lost consciousness, they raced the baby & mom to the hospital, while doing vital chest compressions. Baby is now ok. 🙏🏽 pic.twitter.com/UGyL2cRkhu

"They said thank goodness we were there and were able to get the baby to the hospital as fast as we did," Blake added.