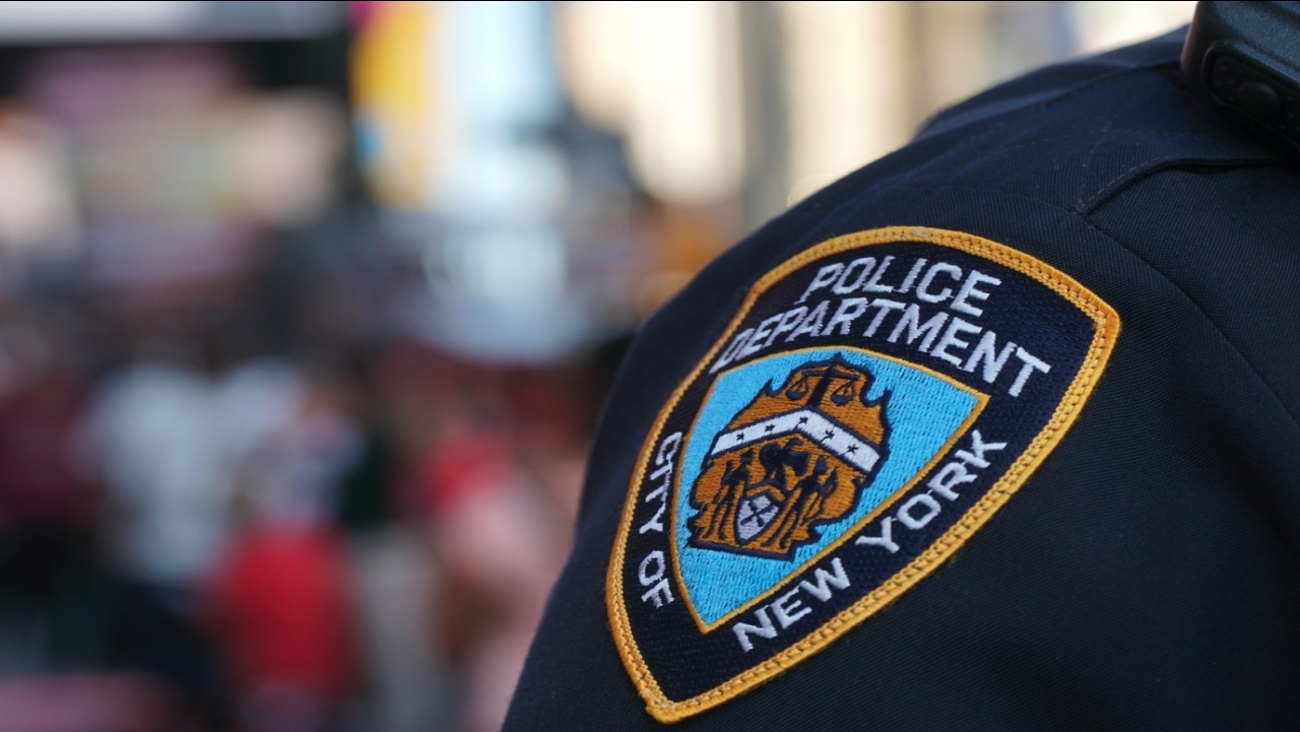 BROOKLYN -- The NYPD has suspended an officer after a video posted to social media appears to show the cop using a speaker to say "Trump 2020" while on the job.

The video was posted to Twitter early Sunday morning.


Later Sunday afternoon, the NYPD announced the officer who is under investigation for using a department speaker for political purposes has been suspended without pay.

The police officer from this incident has been identified and suspended without pay.

To repeat, law enforcement MUST remain apolitical, reassuring the public that we will enforce the law fairly and without prejudice regardless of anyone’s political beliefs. https://t.co/lFVmyaRjSb

NYPD Chief of Department Terence Monahan said that behavior will not be tolerated.

"When you wear our uniform it is imperative to remain apolitical," Monahan said on Twitter. "Behavior like this will not be tolerated and will be dealt with."

Earlier this week, Monahan and other NYPD officials held a press briefing to share their plans for Election Day in NYC.
At that news conference, Monahan vowed that NYPD officers would remain unbiased after an officer in Miami was spotted with a Trump face mask.

"Listen when we put on this uniform we are apolitical," Monahan said Tuesday. "We have no stance one way or the other, one role, and that's to keep people safe."

"One hundred percent unacceptable. Period," Shea said on Twitter. "Law Enforcement must remain apolitical, it is essential in our role to serve ALL New Yorkers regardless of any political beliefs. It is essential for New Yorkers to trust their Police."

The incident happened at an early voting poll site at the Miccio Center in Red Hook, Brooklyn.


The department, in its Patrol Guide, prohibits officers from "endorsing political candidates or publicly expressing personal views and opinions" about candidates while on duty or in uniform.

The NYPD put out a statement to say the matter is under investigation and the department plans to "come to an expedient resolution."

The Police Benevolent Association, the city's largest police union, threw its support behind Trump in August.

Trump, a Republican, has campaigned for reelection on a law-and-order agenda, portraying himself as a counterweight to the police reform protests that erupted across the U.S. in recent months.

Many police officers also support Trump, viewing him as more of an ally to their pro-police "Blue Lives Matter" and "Back the Blue" movements than his Democratic rival, former Vice President Joe Biden.