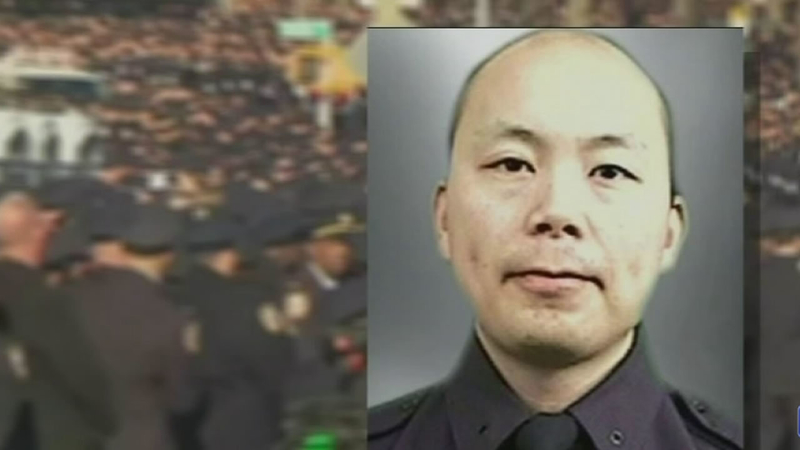 DYKER HEIGHTS, N.Y. -- In the constant, cold rain, police continued to pay their respects to the family of fallen officer Wen Jian Liu. Liu was an immigrant who found his American dream in an NYPD uniform. On Saturday, he wore his dress blues in his open casket.

Governor Andrew Cuomo, brokenhearted himself over the loss of his father, took time to mourn for the slain offcer.

"We have to stop any fights within the family and come together as a family of New Yorkers and stand strong - that's a message for all New Yorkers," said Gov. Cuomo.


Uniformed police officers from across the country were also among those lining up early for the wake of a second New York City police officer killed in an ambush shooting.

"We're not here for politics. We're here solely for the Liu family and NYPD brothers and sisters," said Officer Tarjamo.

Luda Kaplan, 67, of Brooklyn, carried a handmade sign with a heart and "NYPD" on it as she stood across the street from the funeral home. She said her son-in-law was an NYPD officer for 20 years.

Officer Liu's wish to become an officer was realized in December 2007 when he graduated from the Police Academy after years of serving the community as an auxiliary cop for the 72nd Precinct in Brooklyn.

On Saturday, in Chinatown, the community honored both fallen officers.