OAKLAND, Calif. (KGO) -- One of the Bay Area's own musical success stories is a tenacious group of high schoolers from Oakland. What started as an after school club, has quickly become a national sensation.

They're just an ordinary bunch of high school kids who can really sing.

And they've been doing their thing at sold out concerts and on national television. 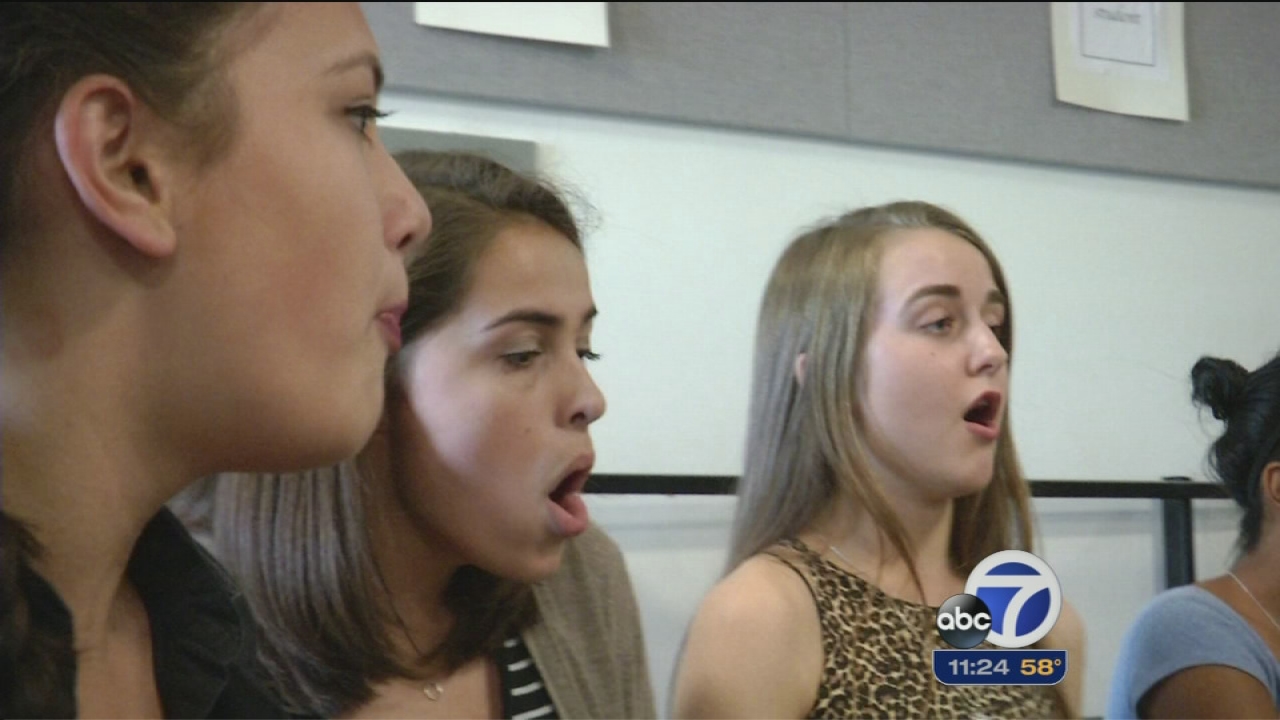 Teens from Oakland become music sensation
One of the Bay Area's own musical success stories, Vocal Rush, is a tenacious group of high schoolers from Oakland.

What began in a classroom at Oakland School for the Arts is now a phenomenon called Vocal Rush.

"It's all voices, no instruments, not even like a drum or anything," said Oakland School for the Arts senior Sunday Simon.

A cappella music is its own world.

The movie "Pitch Perfect" brought that world front and center. A movie with a real-life connection:

"It's based on my college a cappella group," said Vocal Rush Director Lisa Forkish. She's watched the group take on a life of its own.

"Just a regular Wednesday performing in front of 16,000 people," Forkish said. "Meanwhile, I'm watching sobbing, and 'oh look at them,' and they get offstage and they're like, 'so what do you want to get for lunch?'"

"Words that are total nonsense, rhythms that are just ridiculous, and like eight other bars of other people doing completely different things from you," said sophomore Kyndall Sillanpaa.

Sillanpaa explained what it's like to perform with Vocal Rush, "Find your part, stick with it, but still be able to dance at the same time. And not look scared."

Because it is a high school group, Vocal Rush has to re-invent itself every year. This year, two thirds of the group is graduating, including the last of the original members.

"Yeah, it is bittersweet," said graduating senior Kyana Fanene. "I've been a part of this group since it started."

Fanene spent the last few years as the group's "drummer."

"Vocal percussion is a whole new realm of just, awesomeness," she said.

But with graduation comes opportunity.

"I want to take a cappella to a whole new level in college," Fanene said. "And I want to start my own group."

So does Sunday Simon -- the female bass.

But Forkish knows next year will come with a whole new wave of talent.

"Because of the legacy of the group, students are always gonna step in and fill those shoes," she said.