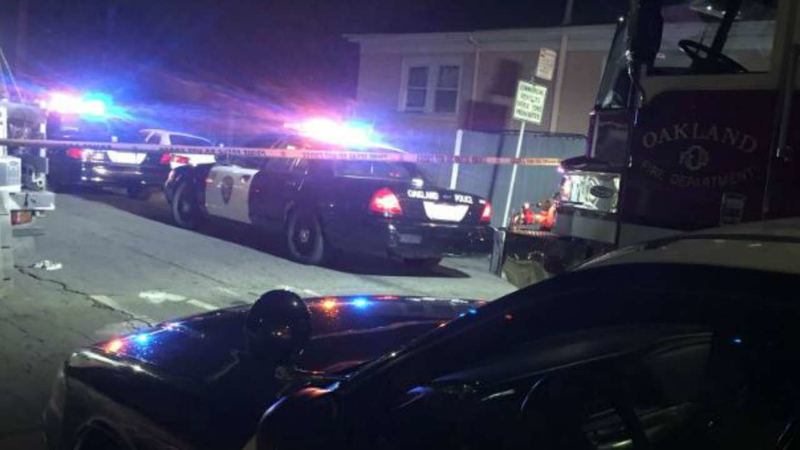 Police responded to a Shot Spotter activation at 12:57 a.m. on the 9500 block of E Street, where they found two victims suffering from gunshot wounds. One was pronounced dead at the scene, and the other was taken to the hospital for treatment.

Officers also responded to the area of 11th Avenue and International Boulevard around 2:21 a.m., where two adults were found suffering from gunshot wounds. A third victim was taken to a hospital, where he died from his injuries.

The fatal shooting victims have not yet been identified.

Officers investigating an injury shooting in the 9500 block of E St. Call with any information.