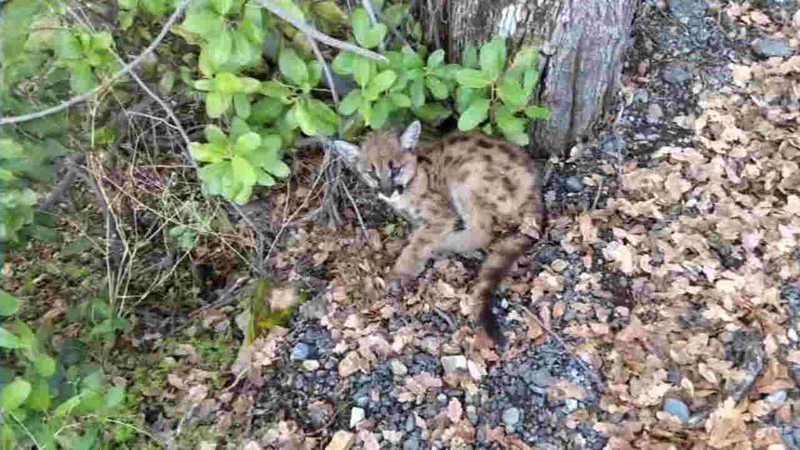 OAKLAND, Calif. (KGO) -- An orphaned mountain lion cub is being nursed back to health at the Oakland Zoo after she was found recently on the brink of death. The still unnamed six to eight week old cub was found December 23 on a roadside in El Dorado County in very bad shape.

"She was malnourished and on the brink of death. We're doing our best to help her out," said Oakland Zoo's Conservation director, Amy Gotliffe.

The cub is gaining weight and strength by the day.

Two other mountain lion cubs came to the zoo in early December. Both males were found in Orange County. It's believed their mother was struck and killed by a car.

Releasing all three cubs back into the wild is not possible.

"The Department of Fish and Wildlife wouldn't do that, it would be a death sentence for them without proper training from their mom that they would need," Gotliffe added.

The Cubs will soon have a home at the zoo's newest addition called, California Trail.

The mountaintop addition now under construction will almost double the size of the zoo to 100 acres, including separate habitats for wolves, jaguars, grizzly bears, black bears and mountain lions. Preservation and conservation will be the message to visitors.