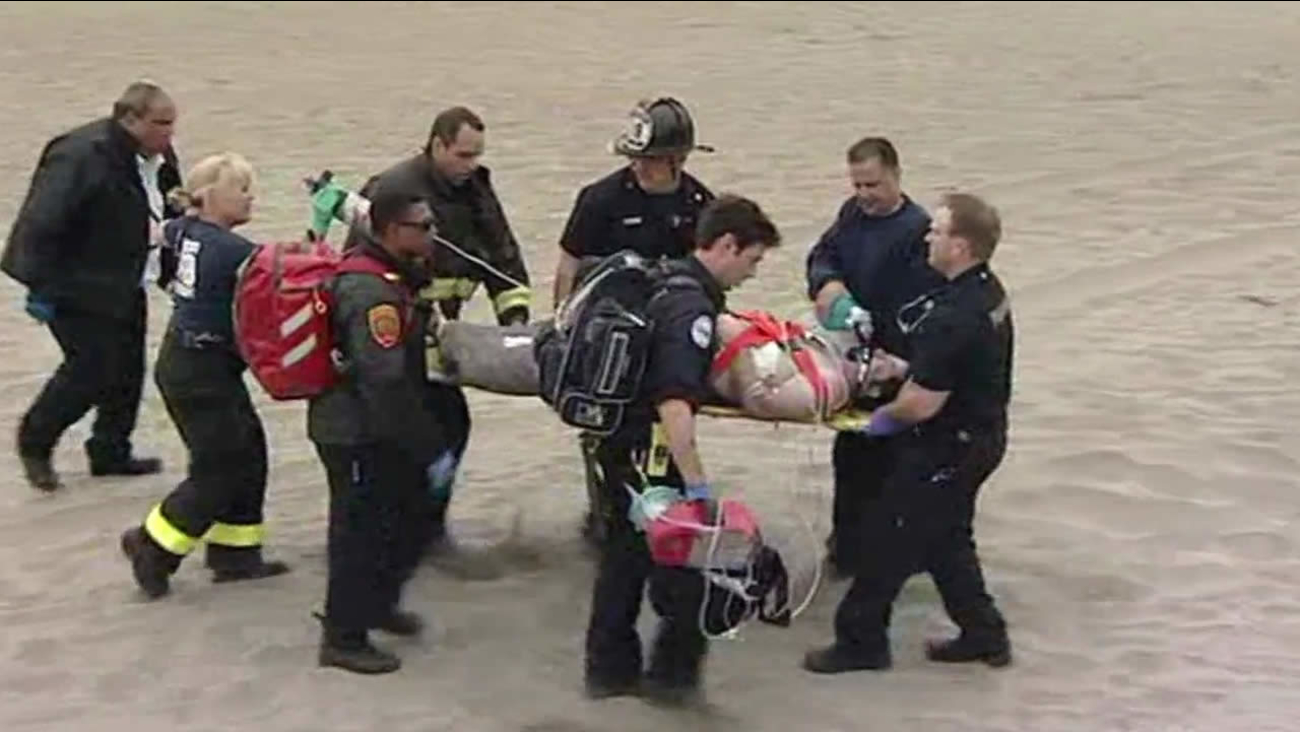 SAN FRANCISCO (KGO) -- A boy and a man were pulled in from the water at Ocean Beach by a surfer who saved their lives. The man's son is a 14-year-old boy who is still missing in the water.

A rescue call came in around 4 p.m. Wednesday from Lincoln Way and The Great Highway at San Francisco's Ocean Beach.

Two boys, who are cousins, were playing on the beach when a riptide pulled them into the water. The father of one of the boys ran into the water trying to save them, but he couldn't swim, so he got into trouble.

Rescue crews searched late into the night for 14-year-old Marco Cornejo, but have yet to find him.

A 17-year-old surfer who was out in the water started hearing the calls for help and jumped right into action.

Surfer Tony Barbero told ABC7 News, "I go, I take [the boy] on my surf board, I paddle him in. And once he's in, where it's shallow enough for us to walk, I look back out and I see the dad and he's just bobbing up and down in the water. And I'm like, 'Can your dad [sic] swim?' He's like, 'No.' So I gave him the board and had him walk back in. So I swam back out to get the dad, I dragged him in by the arm and I was really concerned because I thought he was dead out there, honestly."

Rescue crews administered CPR on the man and were able to bring a pulse back. He was taken to UCSF Medical Center and his condition is unknown.

Tony said waves at Ocean Beach can be unpredictable. He said the waves "were pretty moderate today, but the thing with Ocean Beach is it can go from really low to really high really fast."

Tony is the son of a San Francisco firefighter Joe Barbero. Joe told us, "It's not every day you get a phone call saying, 'Hey, I just saved two people at Ocean Beach,' so I'm shocked but not surprised because that is the kind of person he is."