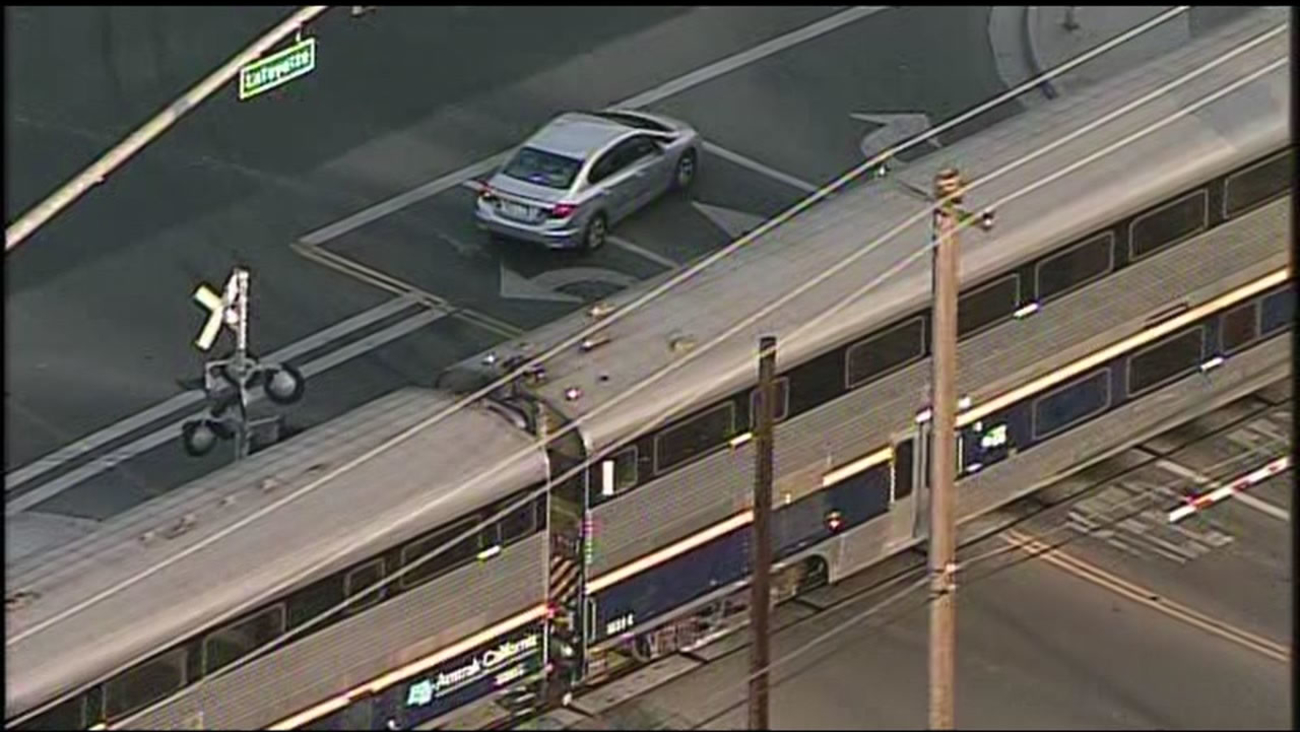 Officials are investigating after an Amtrak train struck a vehicle in Santa Clare, Calif. on Tuesday, October 13, 2015. (KGO-TV)

SANTA CLARA, Calif. -- A train struck a vehicle on the tracks in Santa Clara Tuesday afternoon, an Amtrak spokeswoman said.

Train No. 542 was headed from San Jose to Sacramento when it struck a vehicle around 4:35 p.m., according to Amtrak spokeswoman Christina Leeds.

The train was delayed roughly two hours, Leeds said, but no injuries were reported among the crew or passengers.