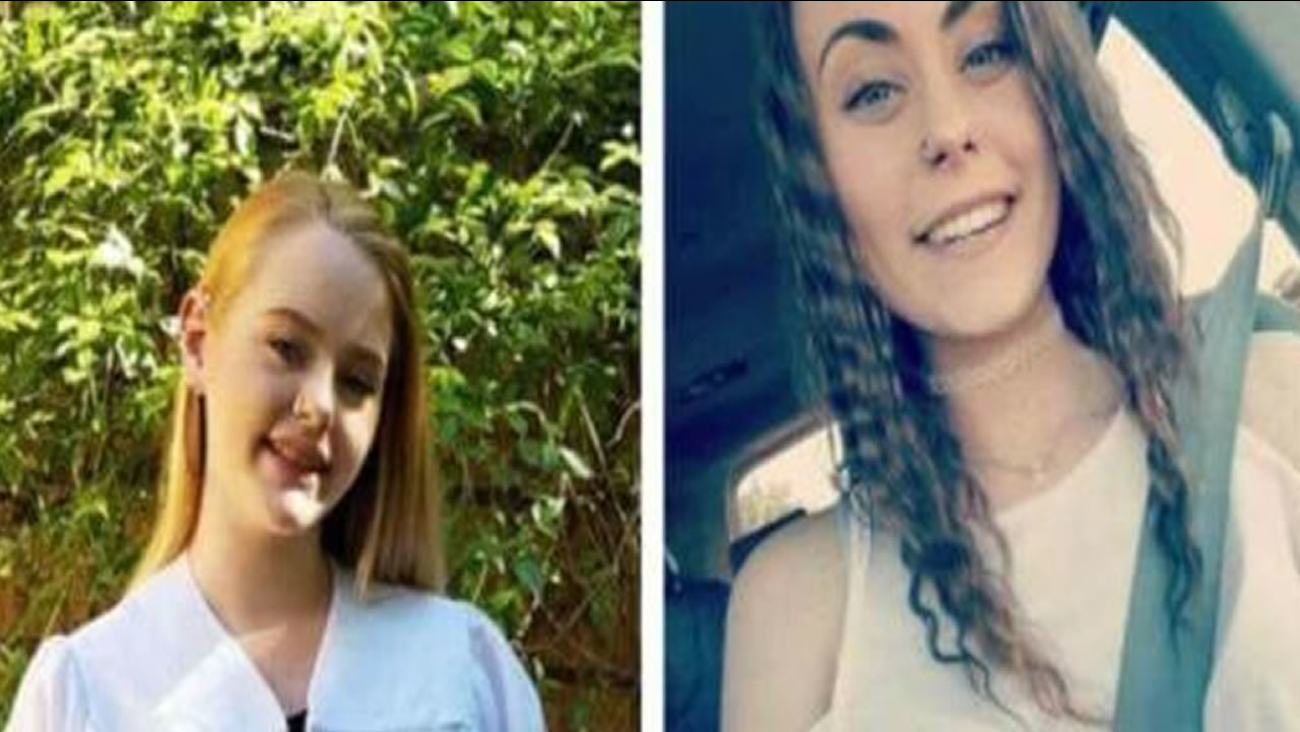 MODESTO, Calif. (KGO) -- Officials say they found two missing girls from Modesto. Kayla and Stacey Wilson went missing on June 18 and were found on June 21.
Kayla, 13, is described as 5 foot 7 inches, weighing 128 pounds. She has blue eyes, blonde hair, and a fair complexion. She also has a birthmark on her right upper thigh around the size of a quarter. She also has a nose piercing on the right side, double pierced ears, cartilage, and left ear cartilage with an industrial piercing as well.