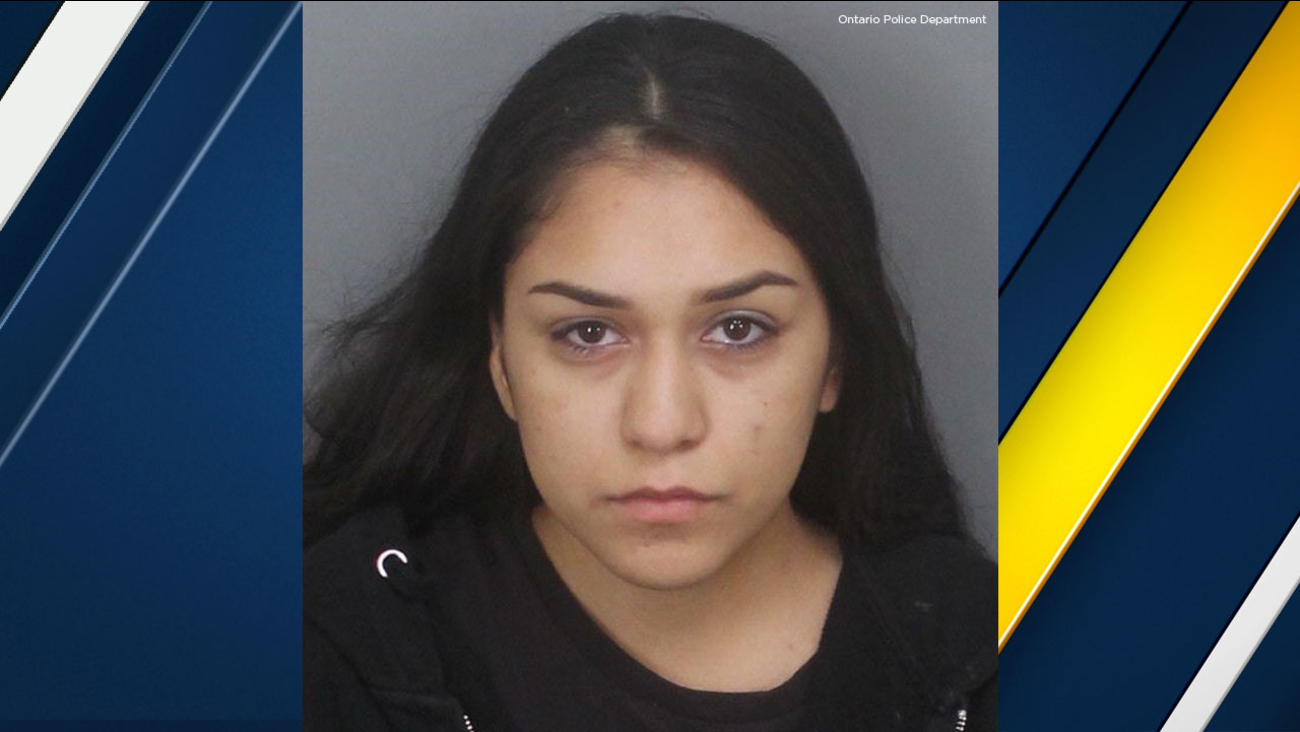 A mugshot of 19-year-old Sarah Gomez, of Ontario, accused of striking her boyfriend and baby girl with a car on Monday, May 28, 2018.

ONTARIO, Calif. -- A 7-month-old baby died after being hit by a car during a domestic dispute in Ontario, and the child's mother has been arrested on suspicion of DUI causing her child's death.

Officers responded to a domestic dispute call at about 11:40 p.m. Monday in the 500 block of W. D Street.

Ontario police said a young mother, later identified as 19-year-old Sarah Gomez, and her boyfriend were having an argument inside a vehicle until the boyfriend stepped out with the couple's child.

Soon after, the mother, in the driver's seat, struck the man, who was holding their baby girl in his arms, police said.

"I believe, at this time, that the father and the child were either at the side of the car or at the back of the car, I'm not sure. It did happen near the apron of the driveway and getting into the street area," said Ontario PD Sgt. Jeff Higbee.

Neighbors near the family's home said they were in shock to hear about the tragedy. Edith Ramirez said the couple was very attentive to their daughter, especially the child's father.

"He is a very good father, yeah. I saw when they came, he was always carrying the baby. This is really, really sad," she said.

Gomez was arrested at the hospital. Police say she is being charged with DUI resulting in great bodily injury or death and vehicular manslaughter with gross negligence.

She was brought to West Valley Detention Center and was being held on $100,000 bail.

Police said it was not yet clear whether the strike was intentional but learned the couple had possibly been drinking at a family gathering prior to the incident.
Report a correction or typo
Related topics:
ontariosan bernardino countychild abusearrestchildrenchild killedu.s. & worlddomestic violence
Copyright © 2021 KABC Television, LLC. All rights reserved.
TOP STORIES
'Detected outside of SF,' traces of omicron found in sewage
COVID cases in Marin Co. dropped as schools reopened, study shows
$38K reward for info in killing of news security guard in Oakland
Woman accused of stealing $40K in items from SF Target arrested again
Stephen Curry chases history with NBA 3-point record in reach
JFK Unsolved: The Real Conspiracies
How to get more bang for your buck when gifting gift cards
Show More
Flagpole with incredible story gets new flag on Pearl Harbor Day
Hawaii faces life-threatening flooding with more than a foot of rain
Officials to consider changes for dangerous Alameda streets
Breaking down the race for SF's Assembly District 17
SJ family hopes Christmas tree can bring justice in murder case
More TOP STORIES News