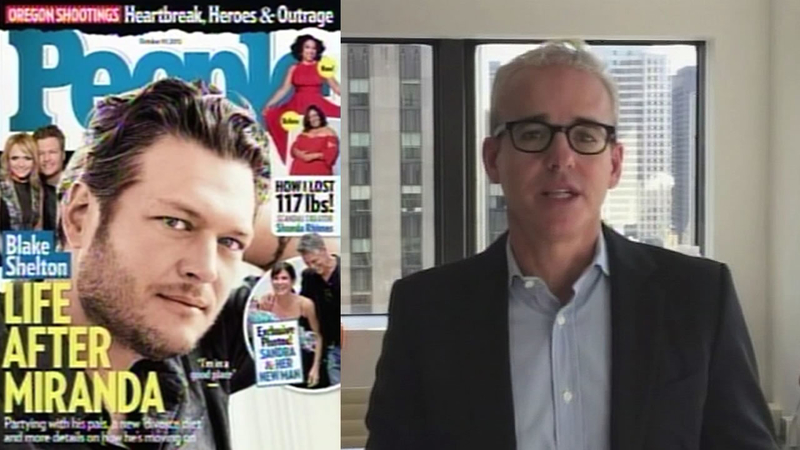 SAN FRANCISCO (KGO) -- A call to action following the Oregon college shooting is coming from an unexpected place. In the next issue of People Magazine there will be more than just the celebrity scoop -- they'll cover the more serious topic of gun violence.

Gun control is a loaded topic and far more heated than any celebrity scandal. But People Magazine's editorial director, Jess Cagle, posted a message on Twitter explaining his decision to weigh in.

Let's do something about gun violence. Here’s how to contact all 535 members of Congress http://t.co/49wbCUl0w3 https://t.co/7gSWgbOE2l

He said, "It occurred to me, like Obama said, that everything we were doing was routine. Here's another mass shooting, we're doing the same thing that we always do."

This time around, he's publishing the contact info for all congressional leaders.

"I only wish they could put the cell phone numbers of all of my Republican colleagues who have thwarted action on this," he said.

People Magazine is taking a more neutral stance. In his video Cagle said, "As a country, we are not doing enough about gun violence."

The publication is not specifically advocating for or against gun control.

He went on to add that his office has received a lot of messages following the Oregon shooting, even before People Magazine's call to action.

Click here for full coverage on the Oregon college shooting.